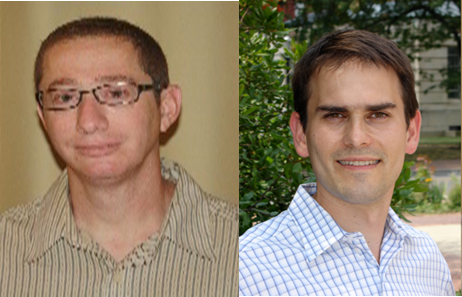 Investment Agreements versus the Rule of Law?
Author:

The field of development economics has taken a significant shift over the last several decades towards institutional explanations for economic growth, with scholars attributing a key explanatory role to independent judiciaries...

As part of States’ efforts to strike a balance in their international investment agreements (IIAs) between the obligations they assume and the rights and policy space they wish to retain, some adjoin annexes to their treaties to protect their ability to take “Non-Conforming Measures” (NCMs). ...

The Politics of Investment Treaty Ratification

Foreign direct investment (FDI) is governed by a vast tapestry of bilateral investment treaties (BITs), designed to ease barriers to foreign investment and guarantee legal rights for investing corporations. About 2,700 BITs have been signed since the late 1950s and today almost every country in the world is part of this treaty network. The importance of BITs is underscored by the tremendous growth of international investment flows over the same period: from less than $100 billion in 1980, global inflows of FDI now stand at $1.5 trillion.[1]

Despite their popularity, many BITs are negotiated and signed but then are never implemented because one or both parties fail to ratify them at the domestic level. According to our analysis, which is partially based on UNCTAD data, at the end of 2007 almost a quarter of signed BITs had not entered into force. This leaves about 600 agreements in limbo. In other cases, entry into force is achieved but only after long delays. Indeed, only half of the BITs that are signed are ratified by both parties within two years of the signature date.

Our research adds to the scholarship on BITs and FDI by exploring the "politics" of BIT ratification. Specifically, we ask why some BITs are signed and then ratified promptly while others take years to ratify or never enter into force at all. This variation raises interesting questions and also has economic and policy implications. For example, do BITs that have only been signed have less impact on FDI flows than BITs that are in force? Are governments reluctant to pursue BITs with partners they believe might not ratify the resulting treaty? And to what extent do ratification concerns influence negotiations and treaty terms?

Moreover, the investor-state dispute settlement (ISDS) mechanism contained in most BITs, a key source of their political and legal impact, can only be utilized if there has been mutual ratification. In short, ratification matters in the context of BIT negotiation, FDI flows, and investment treaty arbitration.

Our study aims to shed light on the factors that account for the likelihood and timing of treaties’ entry into force. For that purpose, our methodology combined interviews with relevant private and government actors, and statistical analysis, using event history modeling, of more than 2,500 BITs. Because ratification ultimately plays out at the national level, we paid particular attention to the role of domestic political institutions. Noting that treaty ratification procedures vary across countries – in terms of whether legislative approval is required and, if so, at what voting threshold – we evaluated their impact on the speed of ratification.

Our analysis indicates that, indeed, higher legislative “hurdles” slow the ratification process. Looking at political institutions more broadly, we found that polities with greater constraints on the executive (that is, whose systems have more actors whose consent is needed for policy change) are also slower to ratify their BITs.

This raises the question of why governments do not anticipate these obstacles prior to signing a treaty. We suggest that such failure to anticipate is most likely to occur when a political system is less transparent or predictable, and when a government has less capacity to collect and process relevant information. In line with these expectations, we find that several indicators of greater predictability (democracy, law and order, and a previous tendency to ratify) and capacity (economic size and government expenditures) are associated with faster entry into force.

We also consider features of the bilateral relationship that might enhance political obstacles or reduce predictability between signatories. We find that shared political interests speed up the ratification process but that cultural ties do not. Finally, our results indicate that, on average, mutual ratification was slower in the post-Cold War era compared to earlier decades.

Our study of BIT ratification demonstrates that politically interesting dynamics are at play between treaty signature at the international level and ratification at the domestic level.

Notable implications arise when we combine these findings with what we know about BITs more generally. In some cases, there seem to be mutually reinforcing factors that lead to FDI flows, to the signing of investment agreements, and to their ratification. Political affinity between countries, for example, boosts investment flows, increases the propensity of dyads to sign BITs, and speeds up ratification. Strong legal and political institutions attract investment and BIT partners, and also facilitate ratification by rendering political systems more predictable and transparent.

Other factors work quite differently across stages – some factors may be conducive to signature but not to ratification, or vice versa. The effect of domestic institutions illustrates this point: although countries with strong checks and balances are better able to attract investment and BIT partners, the same constraints slow down ratification. Historically, the end of the Cold War increased the rate of BIT signature but has slowed their average time-to-ratification.

Our study has implications for global investment rules. The 600 or so unratified BITs – some of them involving major economic powers such as Brazil and Russia – have limited legal force and their prospects are uncertain. This reality reinforces the perception that the investment “regime” is fragmented, and lacks coherence and consistency. Such skepticism could fuel ratification delays and reduce the willingness of governments to sign BITs in the first place.

This text is based on the recently published article by Yoram Haftel and Alexander Thompson,Delayed Ratification: The Domestic Fate of Bilateral Investment Treaties, 67 (2) International Organization 355 (2013).