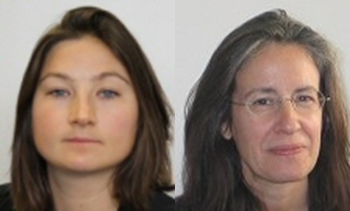 The Impact of Mutual Termination of Investment Treaties on Investor Rights
Author:

In recent years, several States have terminated their international investment agreements (IIAs) — e.g., bilateral investment treaties (BITs) and preferential trade agreements incorporating investment provisions. Some have done so due to alarm at unexpected outcomes in investor-State cases, and others are simply updating their IIAs as they conclude wider economic partnership agreements. Indeed, UNCTAD has reported that, by the end of 2013, more than 1,300 BITs (over a third of the nearly 2,900 BITs in existence today) will be at the stage where they could be terminated or renegotiated at any time.

The discussion of the evolution of investment relations between the European Union (EU) and China hinges on a confluence of factors susceptible to affect and shape the relationship between two of the most important global...

Transparency in Investor-State Arbitration: the new UNCITRAL Rules on Transparency

The merits of investor-state dispute settlement (ISDS) in general have recently been in the public limelight in the context of the negotiations of the Trans-Pacific Partnership Agreement (TPP), the EU-Canada Free Trade Agreement (CETA) and the Transatlantic Trade and Investment Partnership (TTIP). Little of the debate in the press, however, has focused on the trend towards transparency in ISDS.

Transparency in investor-State arbitration is an important component of ISDS provisions, and has gained increasing traction over the last 12 to 13 years, since cases like Methanex and Aguas Argentinas raised the issue of the rights of amicus curiae to intervene on behalf of the public. Since the early 2000s, transparency provisions in ISDS clauses in free trade agreements (FTAs) and bilateral investment treaties (BITs) have become, if not the norm, then at least increasingly prevalent [1], providing for at least one if not more of the following: open hearings, publication of arbitral awards or related documents, and third party submissions. In 2006, ICSID amended its Rules to provide for, inter alia, increased transparency. The New York Times’ withering assessment of NAFTA tribunals in 2001 – “Their meetings are secret. Their members are generally unknown. The decisions they reach need not be fully disclosed[…]” [2] – would be unlikely to be as blunt today.

An important milestone in increasing transparency in ISDS will take place on 1 April 2014, when the new United Nations Commission on International Trade Law (UNCITRAL) Rules on Transparency in Treaty-based Investor-State Arbitration (the “Rules” or the “Transparency Rules”) will come into force. The Rules provide for a regime of disclosure in investor-State disputes that acknowledges the public interest in investor-State disputes, and gives the public, as a matter of course, broad access to a wealth of documents in a dispute. The Rules also provide for a default rule of open hearings and a qualified right for third parties (upon meeting certain criteria and if it does not unduly burden the proceedings) to make submissions.

In relation to treaties concluded before 1 April – that is, all investment treaties currently in existence (circa 3,200, according to statistics published by UNCTAD [5]) – parties to a dispute, or parties to a treaty, must agree to the application of the Rules.

Agreement might not be as complex as re-negotiating an existing treaty. In September 2013, having completed its work on the Rules, the UNCITRAL Working Group on Arbitration commenced work on the preparation of a convention on transparency, which, if adopted later this year, would serve as a flexible mechanism to create the agreement necessary to apply the Rules to “existing treaties” (i.e., investment treaties concluded before 1 April 2014).

The evolution of the draft convention on transparency now before UNCITRAL is a window into the future: a mechanism that will, by State consent to its application to past investment treaties, create more transparency in future disputes.

An UNCITRAL registry will serve as the repository for the information to be disclosed under the Rules. It will be a site to keep an eye on.

The views expressed in this article are the views of the authors and do not necessarily reflect those of UNCITRAL.

[1] See Transparency, UNCTAD Series on Issues in International Investment Agreements II (UNCTAD Pink Series), 2012, p8: “Another significant development regarding transparency in IIAs is its emergence within ISDS”; and pp. 37-42.
[2] De Palma, Anthony, Nafta’s powerful little secret; obscure tribunals settle disputes, but go too far, critics say, in the New York Times, 11 March 2001.
[3] A treaty for the protection of investment or investors (a “treaty”) is defined in a footnote to article 1 of the Rules as follows: For the purposes of the Rules on Transparency, a “treaty” shall be understood broadly as encompassing any bilateral or multilateral treaty that contains provisions on the protection of investments or investors and a right for investors to resort to arbitration against Parties to the treaty, including any treaty commonly referred to as a free trade agreement, economic integration agreement, trade and investment framework or cooperation agreement, or bilateral investment treaty.See Report of Working Group II (Arbitration and Conciliation) on the work of its sixtieth session (New York, 3-7 February 2014), A/CN.9/799, para. 82.[4] The Rules are also available for use in ad hoc proceedings. See generally article 1(9) of the Rules.[5] UNCTAD IIA Issues Note No.5: Towards a new generation of international investment policies: UNCTAD’s fresh approach to multilateral investment policy making, July 2013.

The post by Julia and Corinne is a helpful update on these developments. Now that UNCITRAL has compiled these rules, which are robust transparency standards negotiated and agreed to by UNCITRAL Member States, other institutions should now catch up. For existing and future treaties, the adoption of these rules did much to bring the UN-created and -endorsed arbitration rules in line with its own pronouncements on the elements of the rule of law.[1] Other arbitration rules now lag behind. For intergovernmental institutions such as the World Bank that recognize and do much to promote transparency, accountability, and good governance in other aspects of investor-state relationships such as in contracting, it is important that their arbitration rules don't become the safe haven for investors and/or states seeking to keep the public in the dark about these disputes.

1. Delivering Justice: Programme of action to strengthen the rule of law at the national and international levels, Report of the Secretary-General (2012), A/66/749.