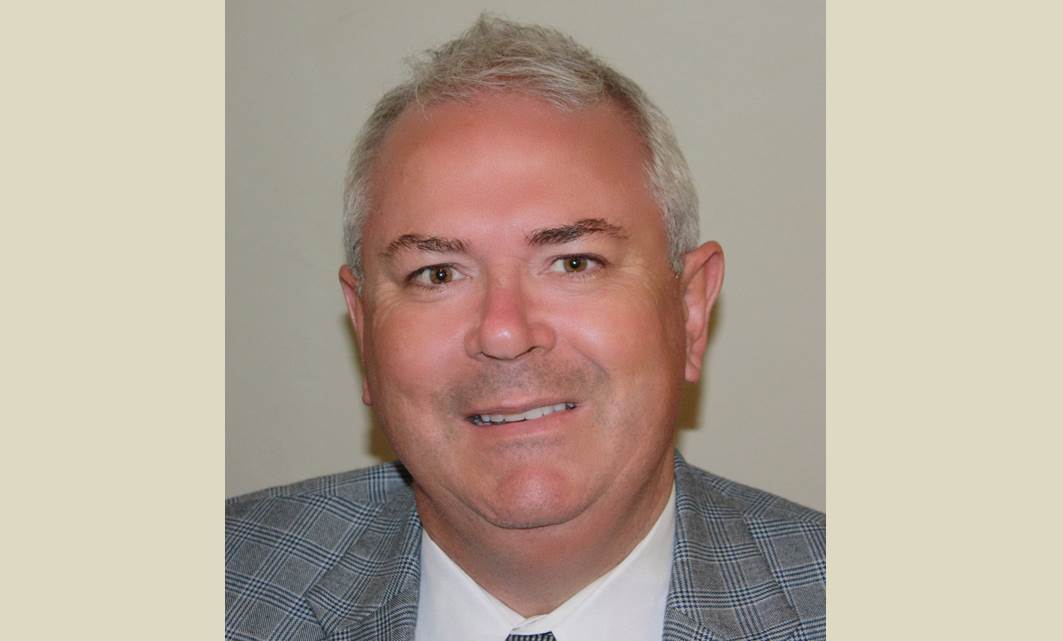 In June 2015, UNCTAD released its annual World Investment Report on “Reforming International Investment Governance”. This brief note first looks at the broader environment within which tax and investment issues have to be examined, and then looks at...

James Zhan, Director of the Investment and Enterprise Division at UNCTAD

There is a pressing need for systematic reform of the International Investment Agreement (IIA) regime. As is evident from the heated public debate and parliamentary hearing processes in many countries and regions, a shared view is emerging on the need for reform of the IIA regime to ensure that it works for all stakeholders.

In his recent contribution to this blog, Jeffrey Owens considered tax and investment as they relate to the ongoing OECD/G20 Base Erosion and Profit Shifting (BEPS) project. I wanted to reflect upon some related issues in this area, of relevance to the UN Committee of Experts on International Cooperation in Tax Matters (the Tax Committee), which meets in Geneva from 19-23 October. In particular I wanted to explore some complementarities between the work of the Tax Committee and UNCTAD's important consideration of the relationship between tax and investment.

This is against a background where taxation of MNEs, tax avoidance and evasion and international profit shifting tax is a hot topic of conversation. But it is more than just that – the connections between tax systems and trade and investment are being recognized more readily and being investigated more closely. Investors are being called to account for their tax affairs, and the reputational and other risks mean that many such issues are now considered at board level. The impact of investment policies on tax behaviour by multinationals and tax takes of developing and developing countries are also being better understood, including as a result of UNCTAD's 2015 World Investment Report as well as the IMF work on tax spillovers.

The importance of sustainable revenue bases as the largest, surest and most sustainable way of funding development was only reemphasized in the July Financing for Development Conference in Addis Ababa. At that conference, the focus on tax issues such as the need to counter tax avoidance and evasion as well as illicit financial flows, and on the role of the UN in international tax norm-setting, was a surprise to some, but to others, including the author, it is simply indicative of an increasingly intense consideration of the role tax systems play in development. It was also a recognition that efficient and effective tax systems play an important role in facilitating, and creating expectations from taxpayers of, good governance. In this sense good tax systems do not just improve the investment climate, but the more general relationship between governments, taxpayers and the wider citizenry.

An aspect of the Tax Committee's work where the worlds of tax and investment most obviously intersect is that of tax treaties, which have a key role in avoiding double taxation of profits and therefore are important to the investment climate. Views vary as to how much and in what circumstances tax treaties, and especially ones with specific clauses, benefit developing countries – anecdotal evidence has to be relied on more than it should. This is an important aspect of the tax and investment relationship and more could usefully be done to scientifically study that relationship.

The UN Model Tax Convention tries to avoid double taxation, as the OECD Model does also, but the UN version, in doing this, generally preserves more taxing rights for the country of investment than the OECD Model. Capital importing countries tend to prefer the UN model, while capital exporting countries tend to prefer the OECD model. If you look closely at the official commentaries of the UN Model, however, it is very conscious of the need to balance the need for revenue with an investment climate that also supports the right sort of investment for development.

As part of its developing country orientation, the UN model is more preserving of withholding taxes (WHTs – levies charged by investor host countries on outgoing interest payments, dividends or royalties). However, it recognises that excessive WHTs can effect business formation and competitiveness in a country. WHTs were never part of the BEPS project and business tends to dislike them intensely, but they are actually one of the most practical and administrable means for countries to secure legitimate revenues from corporate involvement in the economy. They mean developing countries get something, without having to chase “profits” that may melt away under the weight of schemes such as related party loans, management fees and payments for intangibles. More needs to be done to recognise the legitimacy of WHTs as a BEPS-countering measure, which would help ease the task of encouraging WHT systems that are clear, coherent and fair to taxpayers. Similarly, more informational resources for developing countries wanting to optimize their WHT systems in terms of rates and other characteristics are needed.

One of the most important issues for consideration at this year’s Annual Session of the Tax Committee is how to better avoid and resolve disputes between countries on international tax issues governed by these same tax treaties. Disputes about taxing rights under these treaties are expected to increase as a result of either the BEPS project or the conditions that led to it.

Such disputes often boil down to whether the treaty allows a developing country to retain domestic law taxing rights over particular economic activity in that country or whether the treaty reserves taxing rights to the country of residence of the company involved. The current way of dealing with this, the hopefully named "Mutual Agreement Procedure" does not provide any form of binding dispute resolution process where the countries cannot agree. In the ongoing OECD/G20 BEPS Project business and some countries sought an agreed result of mandatory binding arbitration for disputes that remained unresolved after a period of, say, 2 years. In the end, there was a long way from agreement on this, and on October 5 the Final Report on BEPS Action 14 (Dispute Resolution) only listed commitments at this stage to mandatory binding arbitration from 20 of the 34 OECD countries and no G20 non-OECD countries.

Nearly all the larger OECD countries committed, however, so there will undoubtedly be pressure on other countries (including many developing countries) to agree to arbitration clauses in tax treaties. The Secretariat paper on this international tax dispute resolution (available as a Background Paper at http://www.un.org/esa/ffd/events/event/eleventh-s... seeks to investigate the issues for developing countries and to help identify risks (such as cost, the independence of arbitrators and "jurisdictional creep") and possible solutions to them. The paper is connected to the leading work of UNCTAD on Bilateral Investment Treaties (BITs) and other international investment agreements (IIAs). This is not just because the experience of developing countries with BITs has some specific relevance in itself (despite the important difference that taxpayers are not directly involved in the tax disputes between governments) but also that it colours the discussions more generally.

The public discussions about dispute settlement provisions in IIAs and regional agreements such as TTIP and TPP only add to the debate, and they remind us that the role of civil society organizations (CSOs) in discussions on international disputes is waxing rather than waning. CSOs were very influential in some of the BEPS outcomes such as country-by country reporting and were a major player in the discussions in Addis, even if not achieving the upgrade of the Tax Committee to a global intergovernmental body which they sought.

Bearing all these factors in mind, the Secretariat document on dispute resolution in tax matters emphasises not just the regularly asserted (and genuinely important in investment terms) need to provide certainty (though no certainty is absolute) to taxpayers, but also the need to recognise that any well-functioning dispute settlement system for international tax disputes must also have sufficient levels of certainty for governments that their revenue will be adequately protected by arbitral decisions that reflect the balance of taxing rights in treaties and do not re-interpret them in favour of taxpayers and their countries of residence. Finally the system must also recognise the need for some certainty among the wider citizenry that MNES will be held to account to pay taxes properly due to the developing country.

That is not an easy recipe, but the work of UNCTAD, as well as other UN bodies such as UNDESA, UNCITRAL and non-UN bodies will be important to ensuring practical and well-balanced options are available for developing countries.

BEPS Action 15 on a multilateral instrument (to modify bilateral tax treaties) is designed to implement the BEPS outcome in a quicker fashion than could ever be achieved by renegotiating individual treaties (there are often said to be over 3000). Time will tell whether it will lead to a more thoroughgoing multilateralisation of tax treaties. If it does, that will only bring into even sharper relief the need for greater developing country participation and leadership in shaping the norms that will directly or indirectly impact on their tax and investment policy space, rather than being merely in implementation mode for norms essentially agreed elsewhere.

The analytical work of UNCTAD as well as UNDESA and others such as the IMF, World Bank and OECD can play a positive role in informing the debate on both the BEPS multilateral instrument and also any broader multilateral effort. Norms expressed in such agreements will prove as difficult to shift, and need to reflect a development oriented future rather than be grounded in the past.

Finally, the Tax Committee has not directly dealt with the issue of tax incentives, but it is an ever present one, as recognised by the G20 request for a report from the UN, OECD, IMF and World Bank on issues for developing countries. This is an area, where, as UNCTAD's recent work on the area has recognised, the problem is not incentives per se, but how they are granted and how they are monitored to ensure they continue to encourage investment that would not otherwise come, and in an efficient manner. A particular difficulty, ever present, is that two ministries inhabit the world of tax and investment, and often tax incentives are given without reference to, or even the knowledge of the former. Better governance in this area will help improve coherence in integrating tax and investment policies. UNCTAD's special experience in this area is an example of close and natural connection with the work of the Committee.

The WIR15 chapter on International Tax and Investment Policy Coherence and related technical annexes can be downloaded here.