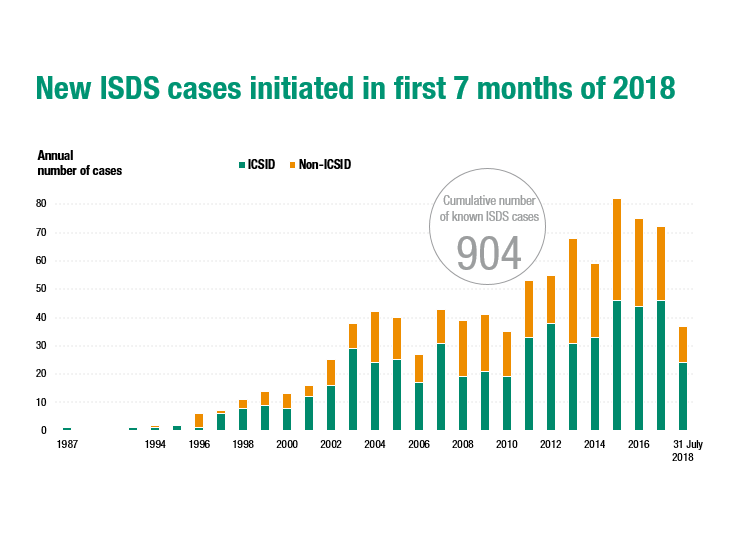 During the Special Session of the D-8 Commission Meeting, UNCTAD presented the key elements of the joint D-8 - UNCTAD Guiding Principles for Investment Policymaking.

The IPA Observer highlights the critical role of investment promotion agencies during the COVID-19 crisis, how they have transformed and which changes are likely to stay.

During the first 7 months of 2018, investors brought at least 37 known investor–State dispute settlement (ISDS) cases pursuant to international investment agreements (IIAs). Based on newly revealed information, the number of known cases for 2017 was adjusted to 72. Additional cases have also surfaced for previous years.

As of 31 July 2018, the total number of known treaty-based ISDS arbitrations has reached 904 (figure 1). As some arbitrations can be kept fully confidential, the actual number of disputes filed in this and previous years is likely to be higher. 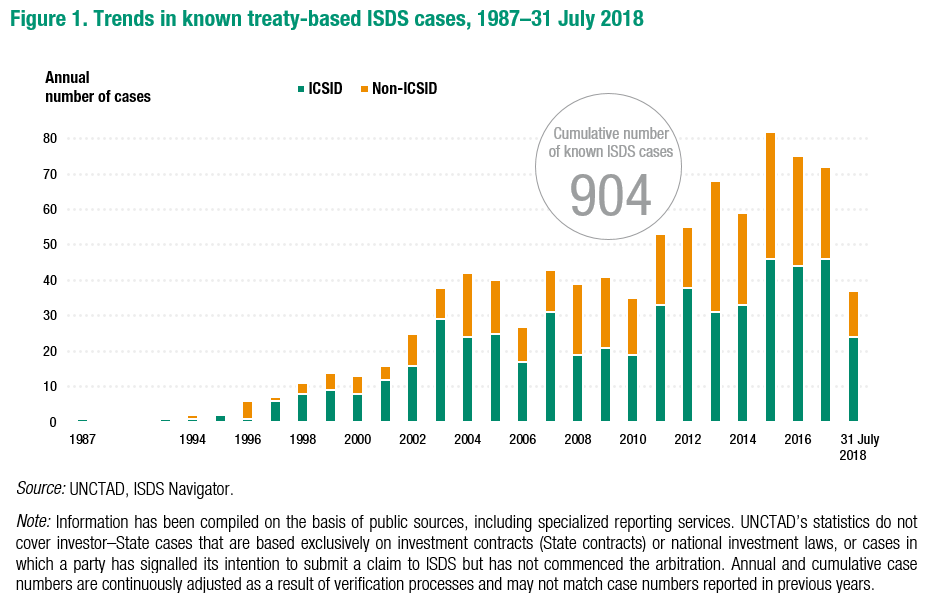 The 37 known ISDS cases recorded by the end of July 2018 were brought against 27 economies. Based on the available data, Colombia was the most frequent respondent with six known cases filed, followed by Belarus with three cases. The cases against Belarus are the first known in the country’s history.

Developed-country investors brought most of the 37 new known cases. Investors from the United States and Canada initiated the most cases with 7 and 4 cases each.

All but three of the new cases are based on “old-generation” treaties concluded before 2010. The IIAs most frequently invoked in the first 7 months of 2018 were the Energy Charter Treaty (with 5 cases) and the Canada–Colombia FTA (3 cases).

You can consult the ISDS Navigator to find more detailed information on new and past known ISDS cases (as of 31 July 2018). The ISDS Navigator will be updated in the first quarter of 2019 to cover developments until 31 December 2018.