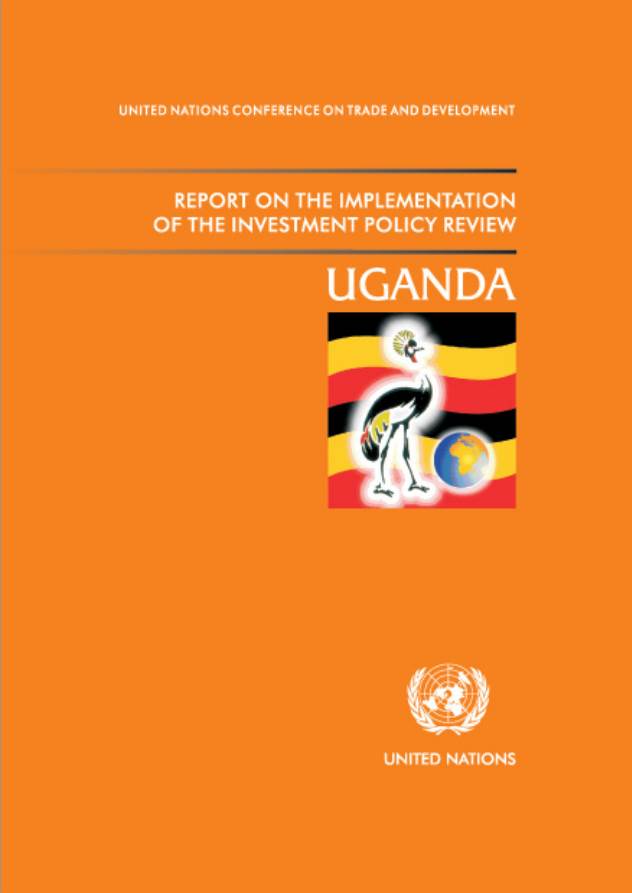 Report on the Implementation of the Investment Policy Review of Uganda

UNCTADpublished the IPR of Uganda in 2000 and the Blue Book on Best Practice in Investment Promotion and Facilitation in 2005.

In 2010, UNCTAD carried out a review to assess the extent to which IPR recommendations had been implemented and touched upon the 10 measures suggested in the Blue Book. The Report on the Implementation of the IPR highlights that while the overall implementation record is good, a recurrent weakness in Uganda is the relatively slow pace in moving from conception to realization. A number of key reforms have been rigorously discussed and planned over the past few years, but have not yet reached completion.

These include the modernization of the Investment Act, the development of the Kampala International Business Park, improvements in the railway system and the hydroelectric projects. As a result, major infrastructure bottlenecks —international land transport and power in particular— remain key obstacles to investment.