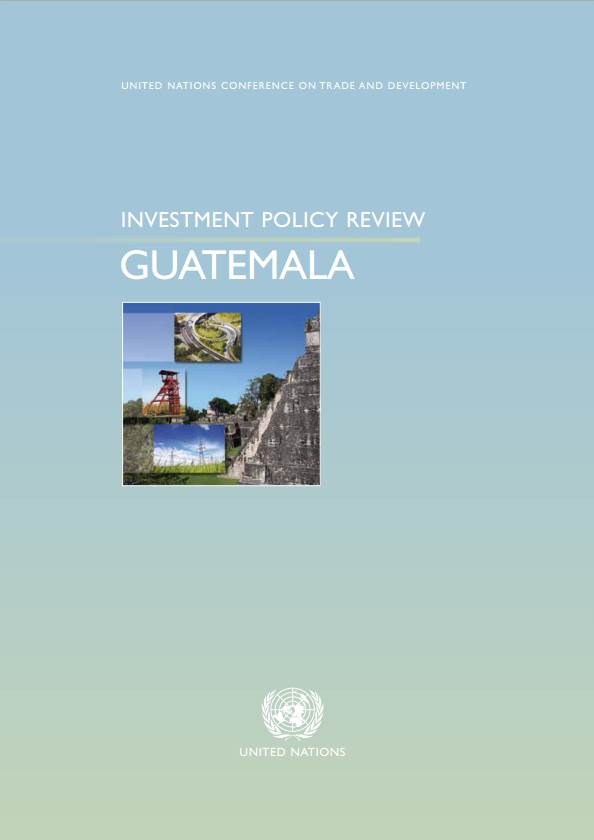 The Review finds that Guatemala has the potential to become the main hub for FDI in Central America, given its macroeconomic stability, the size of its internal market, a geographical location facilitating trade and competitive labour costs. However, the country has so far failed to attract large inflows of FDI. Indeed, in comparison to other countries in the region, the FDI attraction performance of Guatemala is disappointing. Nonetheless, FDI has had some positive impact on employment, wages, export diversification and the quality of backbone services. The impact of FDI on the establishment of local supplier linkages or technology transfer appears limited.

With minor exceptions, all sectors of the Guatemalan economy are open to foreign investors, who are treated on an equal footing with local investors. Overall, the business climate is characterized by sound legislation and a liberal approach to economic activity. Security is the largest problem affecting potential and existing investment. Modern policies have been adopted over time in areas that include labour, foreign exchange, the environment and intellectual property. Often, however, they are only partially implemented. Among the key remaining gaps in the investment regime is the lack of a competition policy and agency.
The report also analyses, at the request of the Government, three priority sectors for FDI attraction — electricity, roads and mining.The authorities have successfully put in place policies to expand the electricity infrastructure through FDI. Electrification coverage has steadily increased, including in remote rural areas. The only drawback has been the increase in prices driven by several factors including the high reliance on fossil fuels.

The Government is now working towards attracting foreign investors to develop the transport network, but efforts in this regard need to be strengthened. There has been only one road concession thus far demonstrating that FDI in this sector is at an "experimental phase". A new PPP law will open the door to new private investment, including in the form of PPPs in the near future.
Mining has received some FDI, and potential for further investment is high. However, further investment faces strong resistance from local communities and new policies are needed both to extract much needed fiscal revenue and to more adequately address the environmental and social concerns associated with the sector´s development.UNCTAD has assisted the Government in a number of ways: