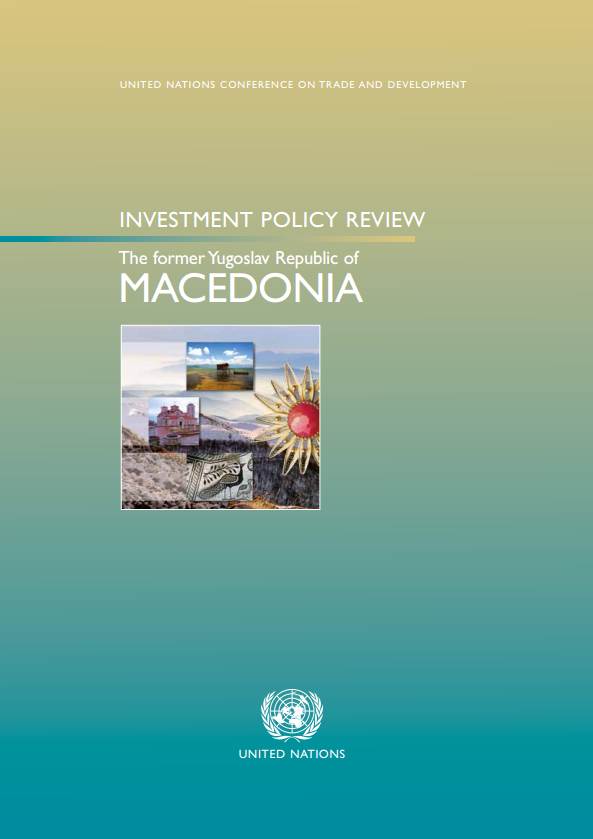 Investment Policy Review of the Former Yugoslav Republic of Macedonia

The Former Yugoslav Republic of Macedonia has adopted an open stance towards FDI. With the stabilization of the country's political situation since the early 2000s, the Government has accelerated reforms to modernize the economy, increase welfare and prepare the country for its integration into the EU. The business environment has improved significantly, and investment promotion has become very active. These reforms have brought about increased economic growth as well as higher FDI inflows. Although the impact of FDI has remained relatively small so far, it is noticeable in a few sectors including banking and telecommunications.Against this background, the IPR proposed an overall strategy to attract more FDI and, importantly, to derive more benefit from it based on the following five main pillars:

UNCTAD provided technical assistance to the Government to deal with IPR recommendations, including a training workshop on survey methodologies for collecting data on FDI and TNC activities for Government representatives. It also trained officials on issues related to international investment agreements.