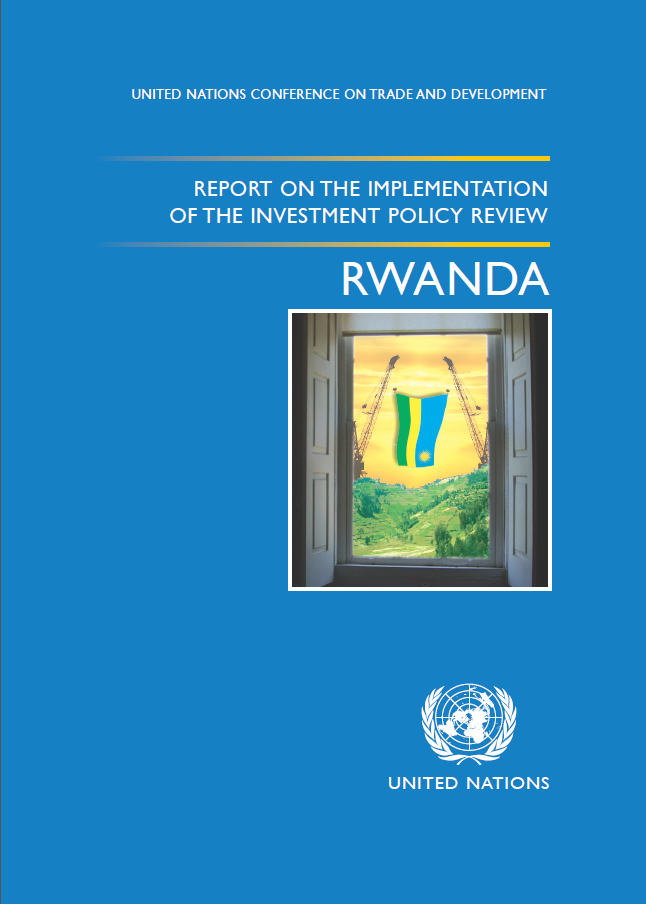 Report on the Implementation of the Investment Policy Review of Rwanda

The Investment Policy Review (IPR) of Rwanda was published in 2006. The Review assessed the investment environment and sketched the building blocks of a foreign direct investment (FDI) strategy to meet the country’s development objectives. On this basis, it recommended a concerted and well-targeted effort by the Government to reach the status of centre of excellence in soft infrastructure and governance by 2010. The IPR suggested designing a realistic FDI strategy recognizing the country’s strengths and weaknesses, focusing on key infrastructure constraints, global market access, domestic market size, skills attraction and the development of selected strategic sectors.

In 2011, the Government requested that UNCTAD assess progress made in implementing the recommendations set out in the IPR.
Over the five-year period starting with the publication of the IPR (2006–2010), annual FDI inflows into Rwanda averaged $75 million, almost 8 times more than in the pre-IPR period of 2001–2005 ($10 million).The global economic crisis had a significant impact on Africa, and FDI inflows to Rwanda declined to $42 million in 2010, a performance still well above that of the 1990s and early 2000s. The rise in FDI inflows is also higher in Rwanda than in neighbouring countries over the recent period.