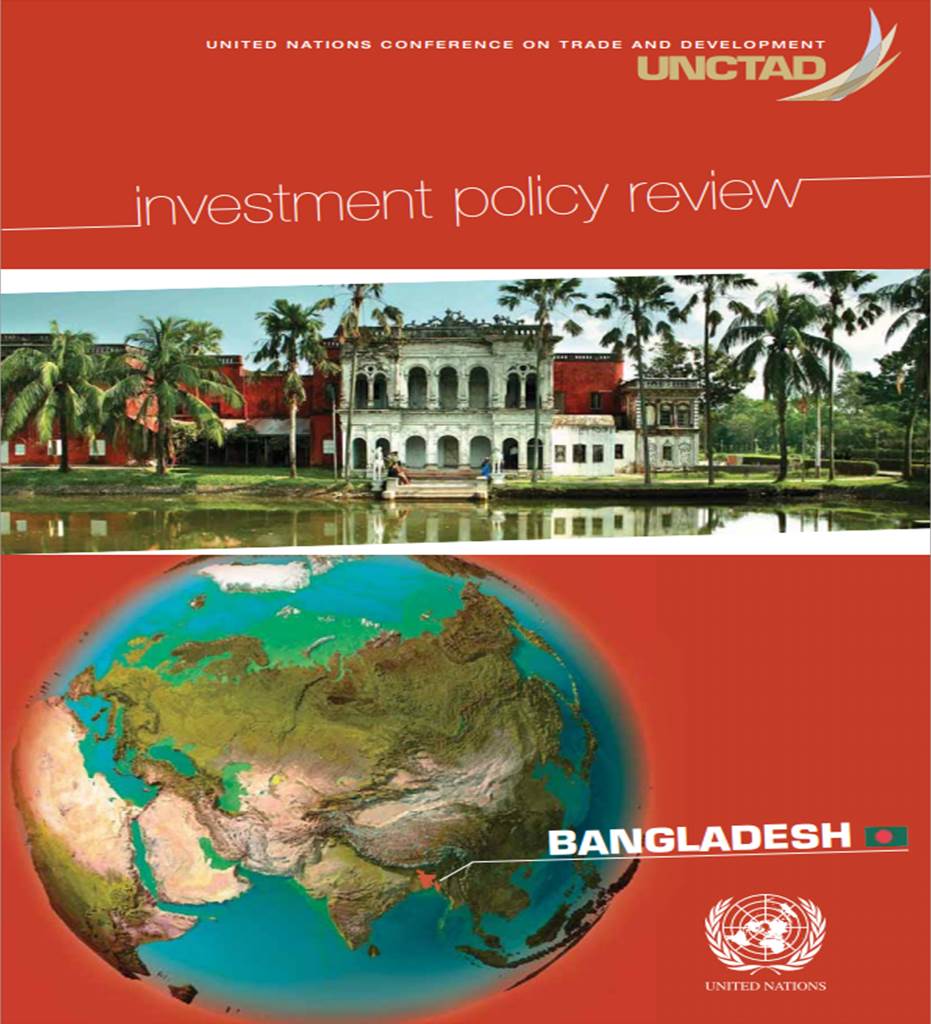 Bangladesh has advanced considerably on its path towards development in recent years and is expected to graduate from least developed country (LDC) status within a decade. The country offers promising prospects for investors and is likely to become one of Asia's preferred low-cost manufacturing centres given its fast-growing economy, abundant labour force and strategic geographic location. However, the country has attracted relatively little FDI thus far and underperforms in comparison to peer countries. To date, FDI has had some limited impact in industries like mobile telephony, power generation and financial services. Poor infrastructure is often cited as a major obstacle to FDI but the IPR of Bangladesh finds that regulatory issues are also important.

To address the country's challenges, the IPR recommends actions under two pillars:

While the general investment law is rather open to FDI, its scope and coverage are too limited and leaves plenty of room for FDI entry policy to be regulated at the sector level, where it can be treated in a much more restrictive manner. For instance, there is a list of "controlled industries" in which ownership restrictions may apply and approval of the relevant ministry is required. Another example is high-growth industries, such as ready-made garments and pharmaceuticals, in which FDI is discouraged. In the IPR, the pharmaceutical industry was taken as a case study to illustrate how industrial policy has conditioned development and to suggest ways to achieve long-term sustainability through a policy that is more open to FDI and trade. The analysis of the IPR calls for the adoption of a modern investment law, along with other regulatory reforms to address issues affecting the wider business environment including in: foreign exchange regulations, corporate taxation, access to land, access to skills and public administration.

The strategic focus of the IPR, at the request of the Government of Bangladesh, is FDI attraction through PPPs to upgrade the country's electricity, road and port infrastructure.

In electricity, Bangladesh faces the significant challenge of increasing supply in order to address chronic shortages and meet rapidly growing demand. While the country has attracted some FDI in electricity generation through power purchase agreements, Government action is needed to encourage larger FDI inflows. For instance, prices will have to reflect costs to make investment viable. Furthermore, Bangladesh should continue to promote renewable energies and seek to attract green FDI that can provide the best technology to exploit its potential.

With respect to road infrastructure, there is a good pipeline of priority highway projects with socio-economic returns and propitious conditions for PPPs. The policy setting needs however to be further developed and the project selection should be more disciplined. Also, past mistakes which have characterized the tendering process, including with respect to land clearance, should be avoided in the future.

In ports, policy is still at an incipient stage of determining the scope of private investment and formulating a coherent strategy for the sector. It is likely that global port specialists will be interested in investing through PPPs, including in a proposed deep sea port.