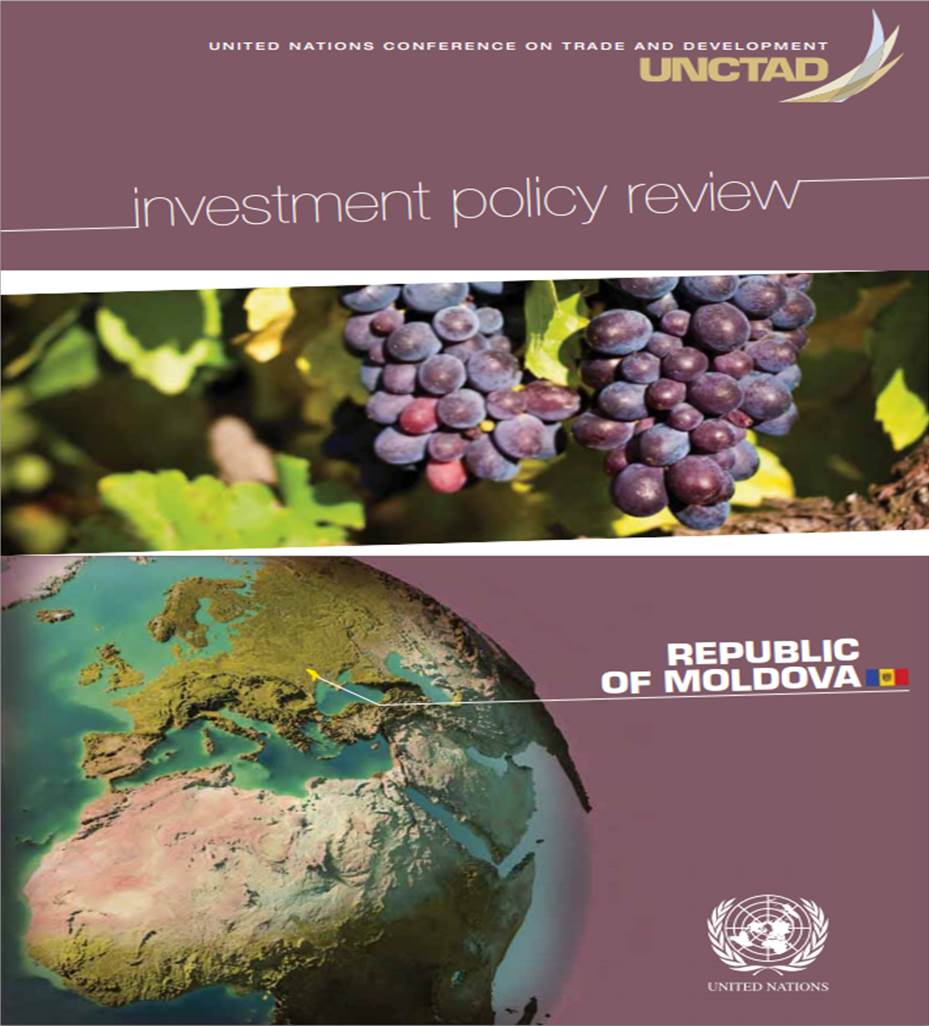 In the 1990s, the Republic of Moldova experienced one of the largest and longest-lasting losses of productive capacities among transition economies. An economic recovery started in the early 2000s and continued throughout the decade, largely fuelled by migrants' remittances and an expanding services sector. To create the bases for sustainable development, the Government aims at promoting export-oriented production and at better exploiting the country's potential as a natural transit point between East and West. For this to happen, a large injection of investment is required in the country's infrastructure and human capital, which goes beyond local financing capacity. Thus far, FDI has played a minor role as, outside of privatization, it has been limited to small and medium-sized projects. The Government is keen to attract more FDI to transform the economy into an export platform and regional logistics hub. In this regard, this IPR proposes an investment strategy with general and specific measures to improve the investment environment and to derive more developmental benefits from FDI.

The regulatory framework for investment is conducive to business and generally follows international practices. Most laws comply with EU standards and institutions required for regulating and administering business in a modern market economy have been set up. Nevertheless, the country does not yet distance itself from its competitors with regard to ease of doing business, public administration and regulations.
The comprehensive investment strategy proposed by the IPR consists of five main elements: