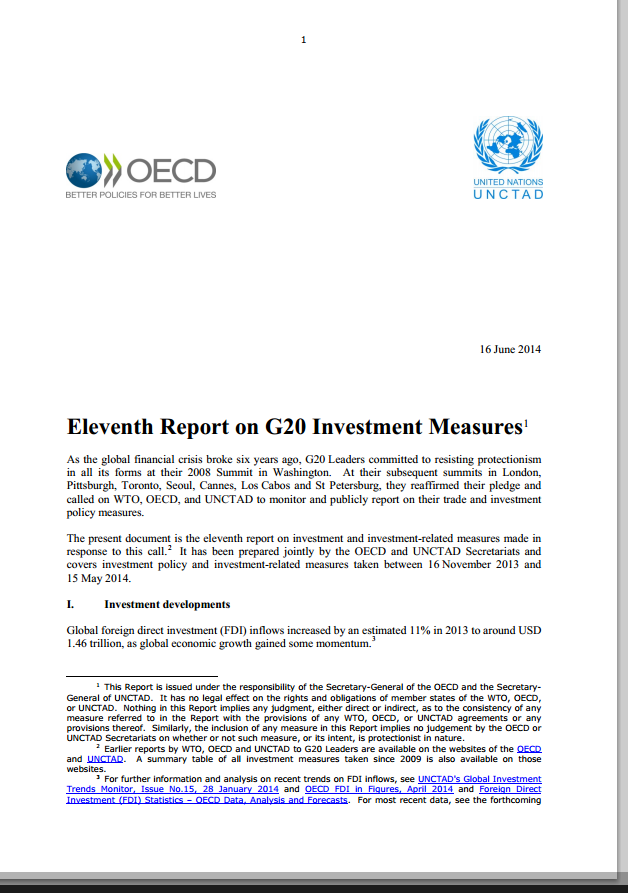 The report finds that most investment measures taken in the review period pointed toward greater openness and transparency or toward a mix of restrictiveness and relaxation. In the area of investment policies related to national security, three G20 members extended the list of industries or activities subject to security-related review mechanisms.

During the reporting period (November 2013 - May 2014), the following measures were adopted:

Go to Joint Summary of the Report