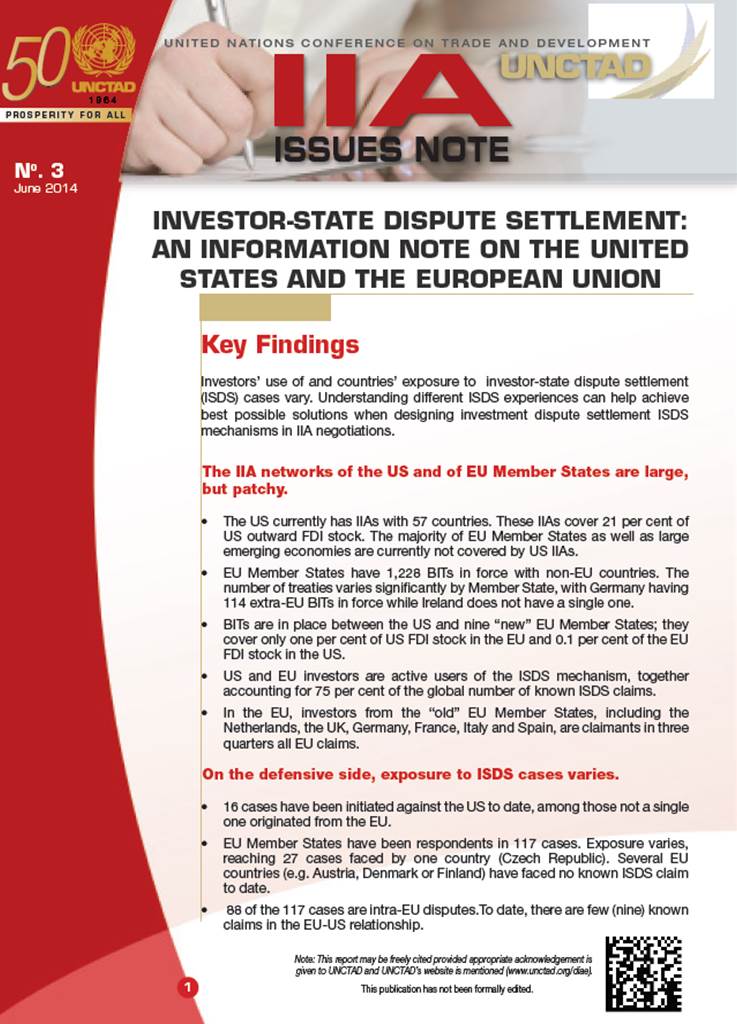 Investors from the US and from EU Member States are active users of the ISDS mechanism, together accounting for 75 per cent of the global number of known ISDS claims. On the defensive side, exposure to ISDS cases varies. To date, there are few (nine) known claims in the EU-US relationship.

Known disputes relate to many different sectors of the economy; governmental measures that have been most frequently challenged vary.

The patterns of won and lost cases differ among countries. Of the nine concluded cases where the US was the respondent, the Government has not lost a single case. In terms of awards rendered, the lowest amount awarded by an arbitral tribunal was 0.46 million USD and the highest 1.8 billion USD.