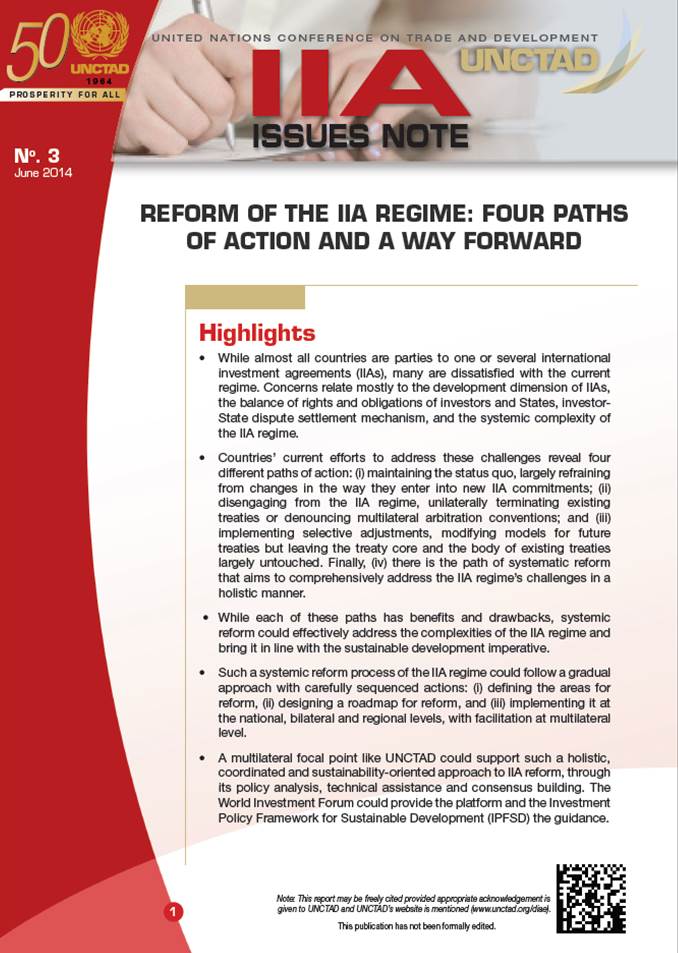 IIA Issues Note - Reform of the IIA Regime: Four Paths of Action and a Way Forward

While almost all countries are party to one or more IIAs, many are dissatisfied with the current regime. Concerns relate mostly to the development dimension of IIAs, the balance of rights and obligations of investors and States, and the systemic complexity of the IIA regime. Countries' current efforts to address these challenges reveal four different paths of action:

In this context, UNCTAD's Investment Policy Framework for Sustainable Development (IPFSD), with its comprehensive list of options designed to support rule-makers in shaping modern investment policies, could represent the common point of reference, while the IIA Conference at UNCTAD's World Investment Forum (Geneva, 13-16 October) could provide a platform for discussing this multifaceted issue.