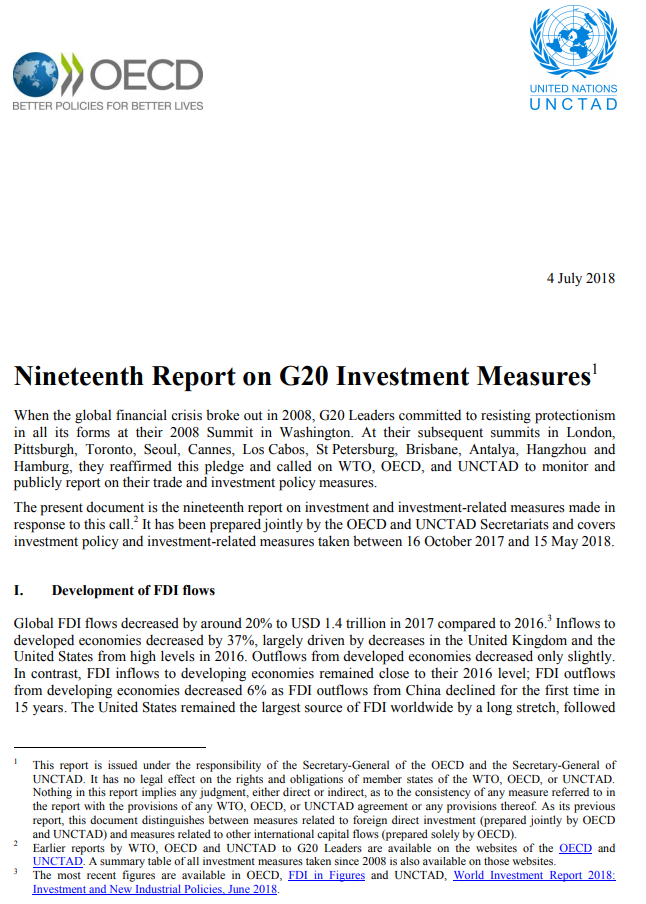 The joint UNCTAD-OECD Report indicates that investment policy measures taken by G20 Members show a mixed picture. While some point towards greater openness for foreign investment and the easing of conditions for international capital flows, especially where enterprise investment is concerned, others introduce new investment restrictions.

During the reporting period (from mid-October 2017 to mid-May 2018), six G20 Members - Australia, Canada, China, India, Indonesia and Saudi Arabia - amended their investment-specific policies. In contrast to findings for most of the earlier reporting periods, the proportion of policy measures that point to greater openness for inward foreign investment has declined.

The report stresses that the G20 Members' commitment to an open, transparent and conducive investment policy environment is particularly important at a time when the multilateral system of international economic relations is under strain.