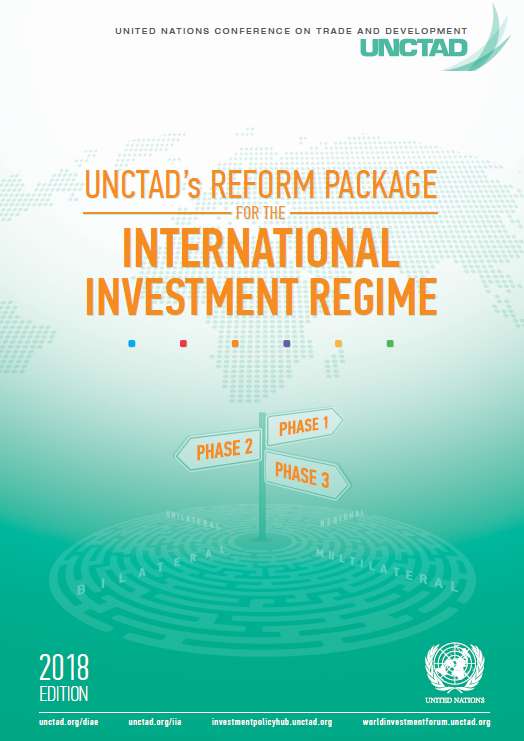 The updated version of UNCTAD’s Reform Package for the International Investment Regime was launched by Mr. James Zhan, Director of the Division on Investment and Enterprise, at the High-level IIA Conference on 24 October 2018, during UNCTAD’s World Investment Forum 2018.

Consolidated into one comprehensive Reform Package, UNCTAD makes available a coherent, sequenced and user-friendly set of options for countries engaging in sustainable development-oriented IIA reform. This comes at a time when IIA reform has entered the mainstream of international investment policymaking.

- Phase 1 of IIA Reform: Moving to a New Generation of IIAs

- Phase 2 of IIA Reform: Modernizing the Existing Stock of IIAs

UNCTAD’s Reform Package (2018 edition) is the result of a collective effort, led by UNCTAD, pooling global expertise in the investment and sustainable development field from international organizations and numerous international experts, academics, business, practitioners and other stakeholders in the field of investment law and policy.

It has been designed as a “living document” for regular updates, in light of the new developments and advocacy for reform, with a standing invitation to the international community to exchange views, suggestions and experiences.