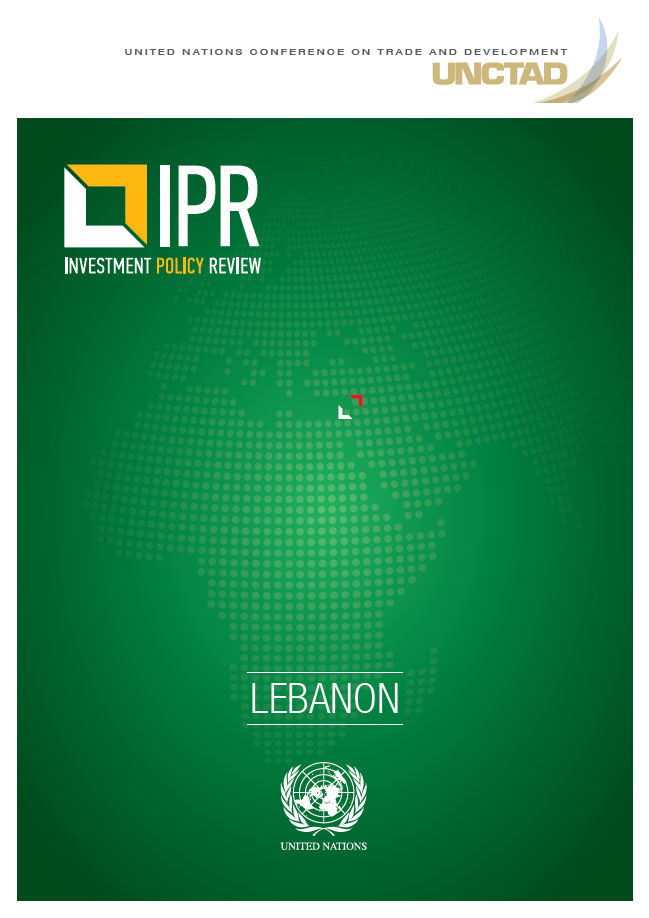 The Investment Policy Review of Lebanon was initiated at the request of the Government.

Chapter I analyzes the legal and regulatory framework for investment; chapter II was decided by the Government, which requested a focus on the strategic promotion of FDI into the information economy.

The IPR is based on a fact-finding mission undertaken in September 2017 and information current at that date, as well as additional data made available to UNCTAD until June 2018.

The mission received the full cooperation of the relevant ministries, departments and agencies, in particular the Investment Development Authority of Lebanon (IDAL). It also benefited from the views of the private sector, foreign and domestic, as well as development partners.

The Government of Lebanon and the United Nations Development Programme (UNDP) in Lebanon provided substantive contributions as well as financial and logistical support to the IPR process.

A preliminary version of this report was shared by IDAL with national stakeholders to gather inputs and suggestions.

The final report reflects their comments, including those from ministries and agencies of the Government of Lebanon.