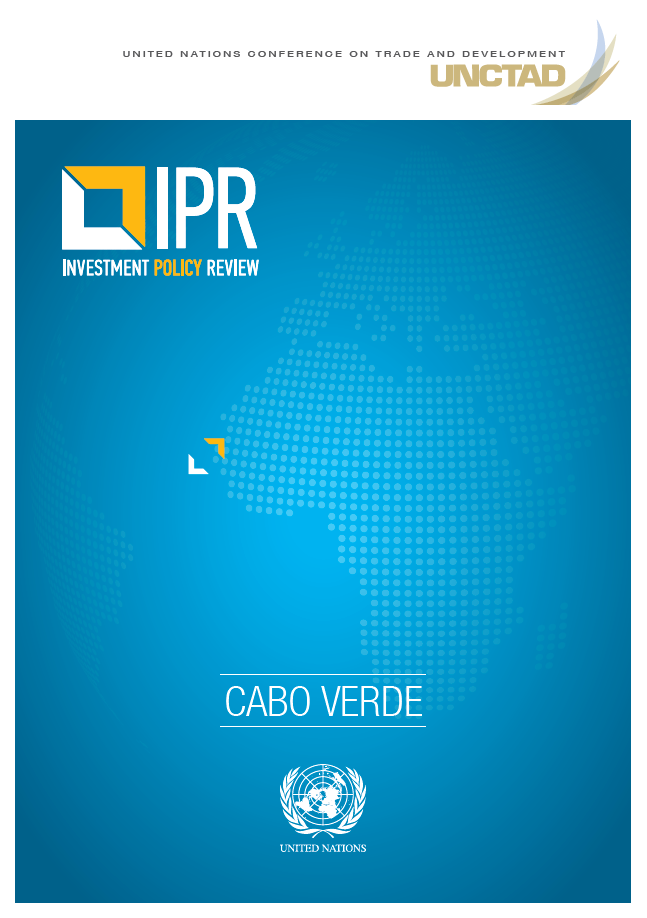 Cabo Verde's solid foreign direct investment (FDI) attraction performance was instrumental in the country's graduation to middle-income economy. However, FDI and economic activity remain concentrated in a few sectors and limited to a few locations.

The IPR of Cabo Verde was initiated at the request of the Government. It analyses the legal and regulatory framework for investment, and contains a strategic analysis on how to better utilize FDI in the tourism sector as a leverage for sustainable development.

The IPR is based on two fact-finding missions undertaken in July and December 2017 and information current at that time, as well as additional information made available to UNCTAD until May 2018.

The mission received the full cooperation of the relevant ministries, departments and agencies, in particular Cabo Verde tradeInvest.

The mission also benefited from the views of the private sector, both foreign and and domestic, as well as bilateral donors and development agencies. The Government and the United Nations Development Programme (UNDP) in Cabo Verde provided substantive contributions as well as logistical support to the IPR process.

A preliminary version of this report was discussed at national validation workshops in Praia on 23 April, Santa Maria on 24 April and Mindelp on 25 April 2018.

The final report reflects comments from stakeholders, including ministries and agencies of the Government of Cabo Verde.