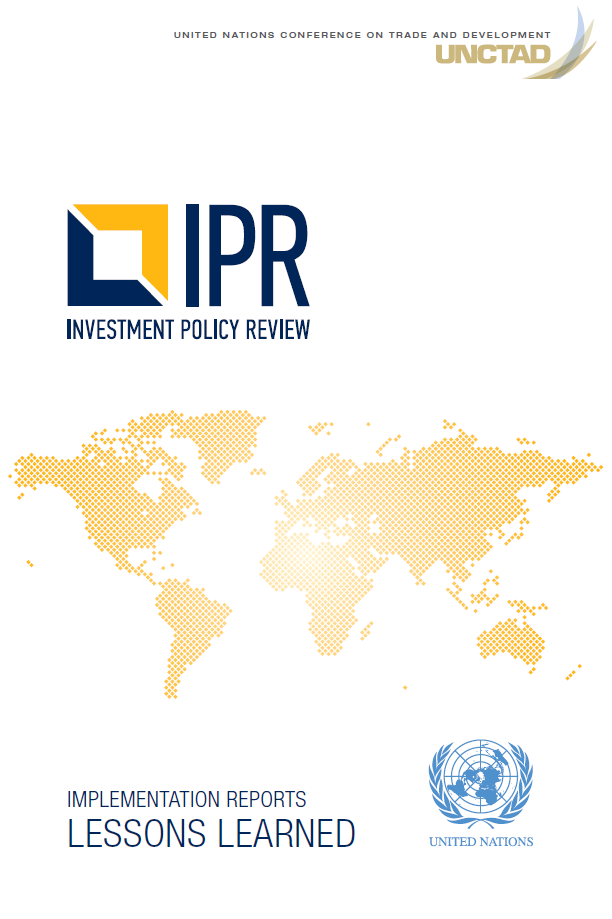 Following an IPR, UNCTAD and frequently also partner organizations involved in the report, such as the United Nations Development Programme (UNDP) or the World Bank, provide short to medium-term technical assistance to help countries implement the report’s recommendations.

UNCTAD has so far conducted Implementation Reports for 15 countries, which are the specific focus of this paper. They provide a panel of IPR countries, with the first Implementation Report published in 2006 and the most recent one in 2017. The countries in question represent a wide range of development experiences, and economic and political conditions, including post-conflict countries and least developed countries (LDCs). These countries are: Benin, Botswana, Colombia, the Dominican Republic, Egypt, Ethiopia, Ghana, Kenya, Lesotho, Mauritius, Morocco, Rwanda, the United Republic of Tanzania, Uganda and Zambia. They are referred to as “Beneficiary countries or economies” in this paper.

Beneficiary countries have been active reformers, with all 15 countries fully, substantially or partially implementing almost 80 per cent of the recommendations contained in their IPR