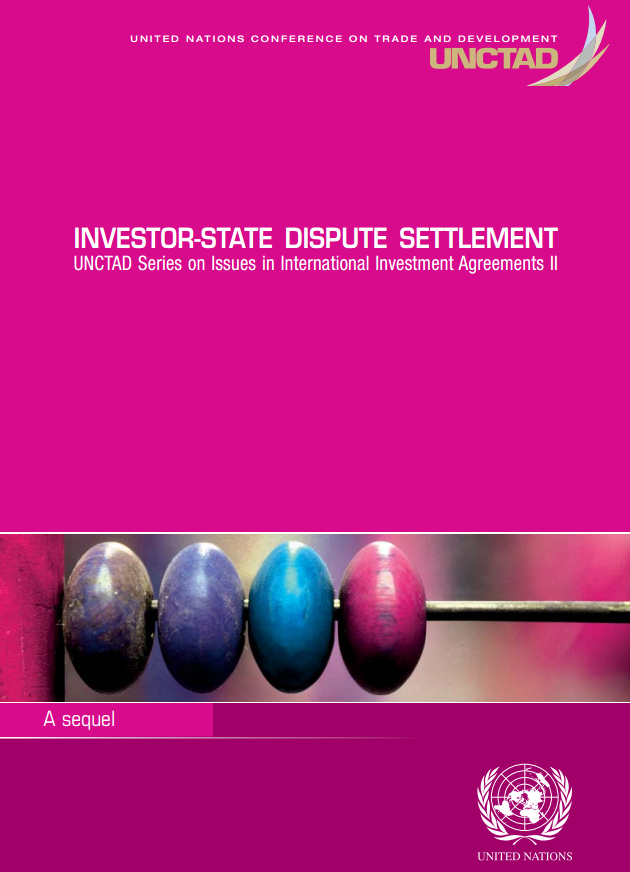 This volume is part of a series of revised editions – sequels – to the UNCTAD Series on Issues in International Investment Agreements. The first generation of this series, also called the Pink Series, was published between 1999 and 2005 as part of UNCTAD’s work programme on international investment agreements (IIAs). It aimed at assisting developing countries in participating, as effectively as possible, in international investment rule making at the bilateral, regional, plurilateral and multilateral levels. The series sought to provide balanced analyses of issues that may arise in discussions about IIAs, and has since become a standard reference tool for IIA negotiators, policymakers, members of the private sector, academics and other stakeholders.

Since the publication of the first generation of the Pink Series, the world of IIAs has changed tremendously. In terms of numbers, the IIA universe has grown, and continues to do so — albeit at a slower rate. Further, the impact of IIAs has evolved.

Many investor-State dispute settlement (ISDS) cases have brought to light unanticipated — and partially undesired — side effects of IIAs. With its expansive, and sometimes contradictory, interpretations, the arbitral process has created a new learning environment for countries and, in particular, for IIA negotiators. Issues of transparency, predictability and policy space have come to the forefront of the debate — as has the objective of ensuring coherence between IIAs and other areas of public policy, including policies addressing global challenges, such as the protection of the environment (climate change) and public health and safety.

Finally, the underlying dynamics of IIA rule making have changed. A new investment landscape, where developing countries account for more than half of global foreign direct investment (FDI) inflows and almost one third of global FDI outflows, is beginning to alter the context and background against which IIAs are being negotiated.

UNCTAD responded to these changes by presenting a comprehensive Investment Policy Framework for Sustainable Development (IPFSD), which examines the universe of national and international policies through the lenses of today's key investment policy challenges and from a sustainable development perspective.

It is the purpose of the sequels to complement the IPFSD, by considering how the issues described in the first-generation Pink Series have evolved with particular focus on treaty practice and the process of arbitral interpretation. Each of the sequels will have similar key elements, including: (a) an introduction explaining the issue in today’s broader context; (b) a stocktaking of IIA practice and arbitral awards; and (c) a section on policy options for IIA negotiators.

The updates are conceptualized as sequels; that is to say, they aim at complementing rather than replacing the first-generation Pink Series. Compared with the first generation, the sequels offer a greater level of detail and move beyond a merely informative role. In line with the mandate entrusted to UNCTAD, they aim to analyse the development impact and strengthen the development dimension of IIAs. The sequels are finalized through a rigorous peer review process, which benefits from collective learning and sharing of experiences.

This sequel, the sixth in the series, focuses on the ISDS clause — or the ISDS chapter — regularly included in IIAs. In light of the increasing number of ISDS cases, the debate about the pros and cons of the ISDS mechanism has been gaining momentum, especially in those countries and regions where ISDS is on the agenda of IIA negotiations and/or which have faced investor claims that have attracted public attention. This sequel aims at presenting a contribution to the debate by systematically analyzing the components of ISDS, taking stock of developments in the relevant IIA provisions and outlining policy options for reform.