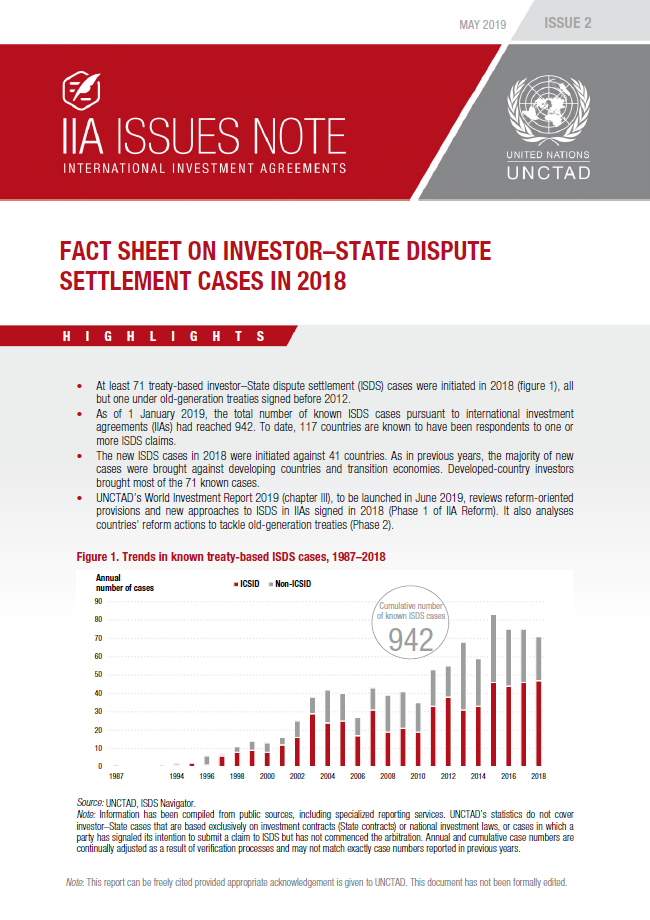 As the surge in ISDS cases continues, the total ISDS case count may reach one thousand by the end of 2019.

- At least 71 treaty-based ISDS cases were initiated in 2018, all but one under old-generation treaties signed before 2012.

- As of 1 January 2019, the total number of known ISDS cases pursuant to international investment agreements (IIAs) had reached 942. To date, 117 countries are known to have been respondents to one or more ISDS claims.

- The new ISDS cases in 2018 were initiated against 41 countries. As in previous years, the majority of new cases were brought against developing countries and transition economies. Developed-country investors brought most of the 71 known cases.