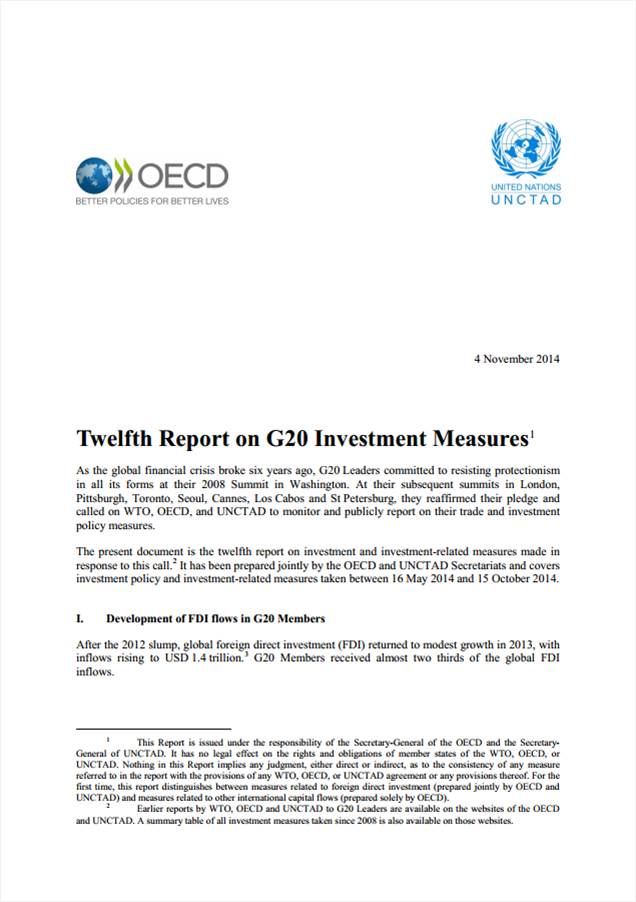 Investment policy measures introduced by G-20 members between mid-May and mid-October 2014 tended to enhance openness and transparency for international investment, the joint report found. The findings were prepared by UNCTAD and the OECD that are part of a wider report on trade and investment measures in the G20 issued periodically by UNCTAD, the OECD and the WTO.

The inclusion of any measure in these Reports implies no judgment by the WTO, OECD or UNCTAD Secretariats on whether or not such measure, or its intent, is protectionist in nature. Moreover, nothing in the Reports implies any judgment, either direct or indirect, as to the consistency of any measure referred to in the Reports with the provisions of any WTO, OECD, or UNCTAD agreements.