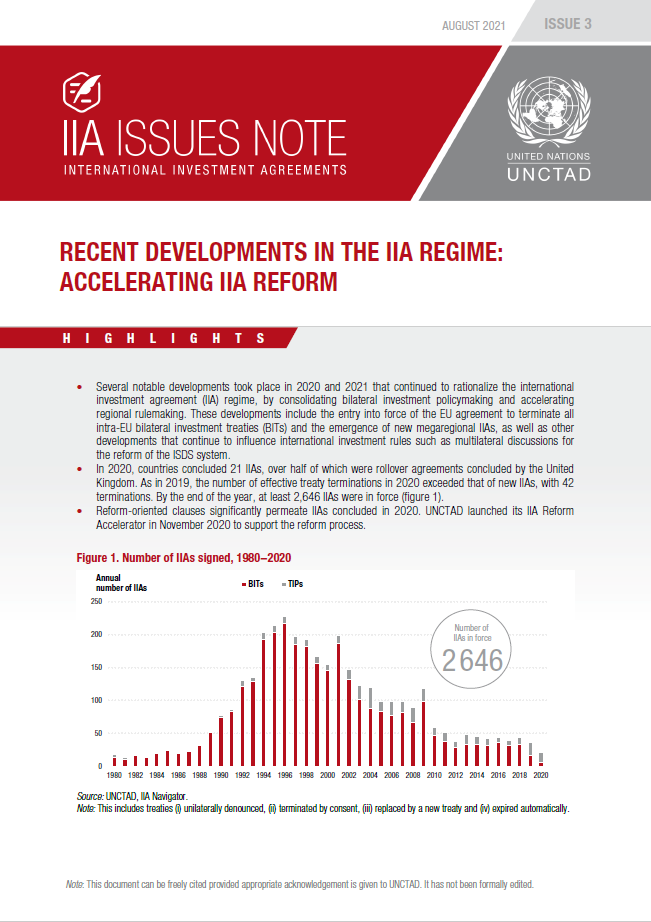 In 2020, countries concluded 21 IIAs, over half of which were rollover agreements concluded by the United Kingdom. As in 2019, the number of effective treaty terminations in 2020 exceeded that of new IIAs, with 42 terminations. By the end of the year, at least 2,646 IIAs were in force.