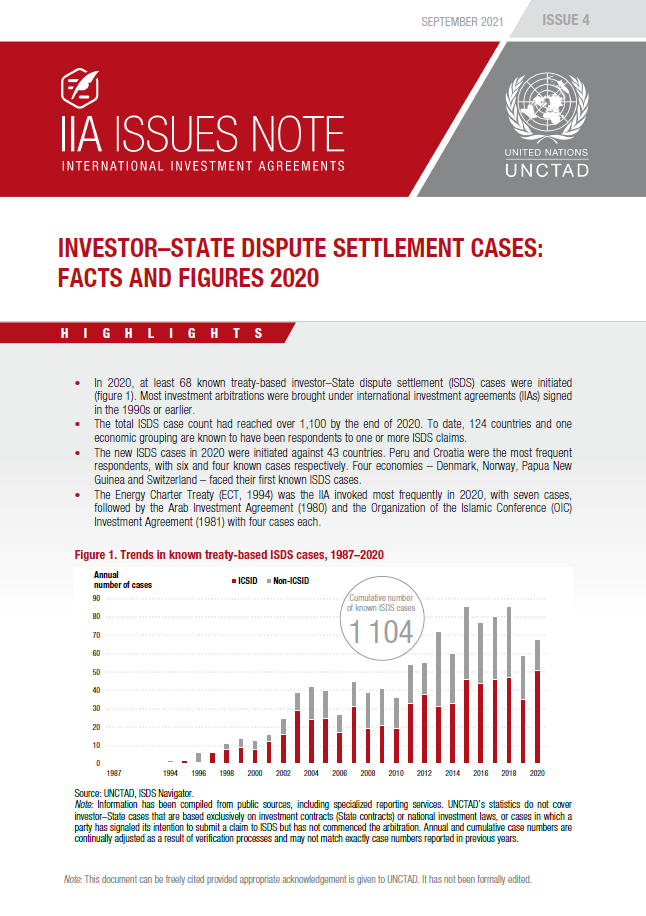 In 2020, at least 68 known treaty-based investor-State dispute settlement (ISDS) cases were initiated. Most investment arbitrations were brought under international investment agreements (IIAs) signed in the 1990s or earlier.

The total ISDS case count had reached over 1,100 by the end of 2020. To date, 124 countries and one economic grouping are known to have been respondents to one or more ISDS claims.

The new ISDS cases in 2020 were initiated against 43 countries. Peru and Croatia were the most frequent respondents, with six and four known cases respectively. Four economies – Denmark, Norway, Papua New Guinea and Switzerland – faced their first known ISDS cases.