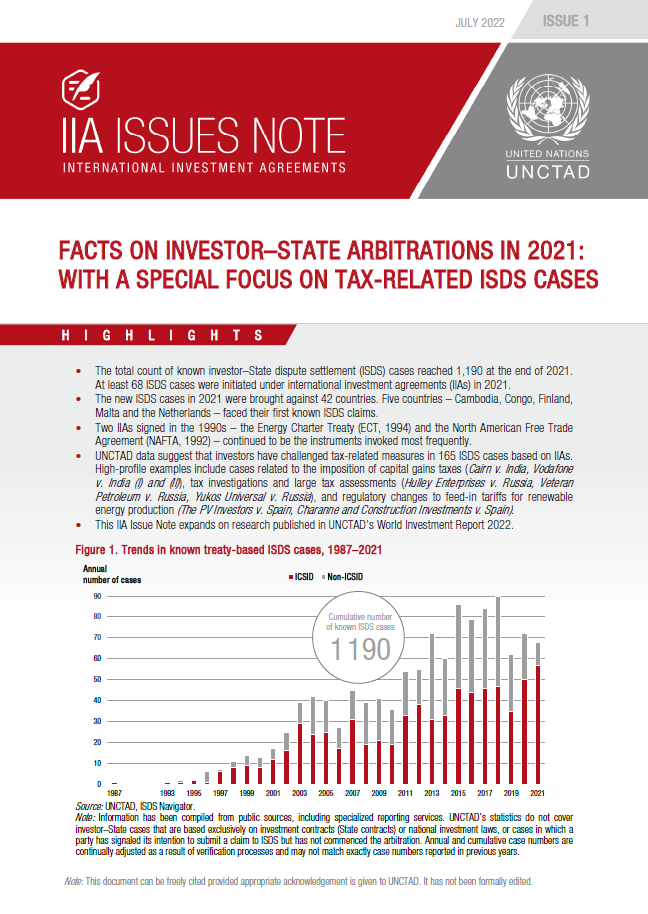 Facts on investor–State arbitrations in 2021: With a special focus on tax-related ISDS cases

The total count of known treaty-based investor–State dispute settlement (ISDS) cases reached 1,190 at the end of 2021. At least 68 ISDS cases were initiated under IIAs in 2021.

Two IIAs signed in the 1990s – the Energy Charter Treaty (ECT, 1994) and the North American Free Trade Agreement (NAFTA, 1992) – continued to be the instruments invoked most frequently.