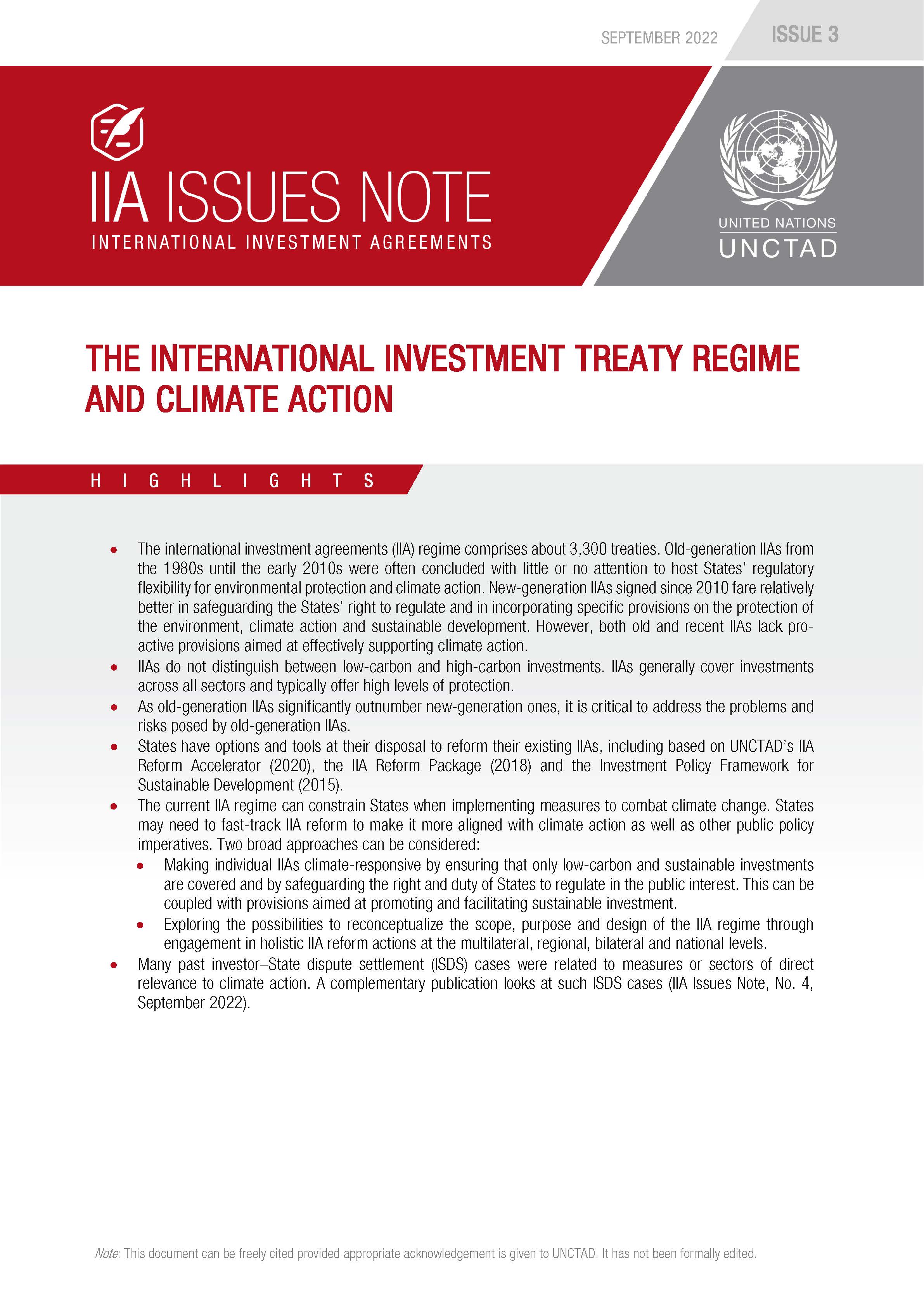 The IIA Regime and Climate Action

The IIA regime comprises about 3,300 treaties. Old-generation IIAs from the 1980s until the early 2010s were often concluded with little or no attention to host States’ regulatory flexibility for environmental protection and climate action. New-generation IIAs signed since 2010 fare relatively better in safeguarding the States’ right to regulate and in incorporating specific provisions on the protection of the environment, climate action and sustainable development. However, both old and recent IIAs lack pro-active provisions aimed at effectively supporting climate action.

IIAs do not distinguish between low-carbon and high-carbon investments. IIAs generally cover investments across all sectors and typically offer high levels of protection.

States have options and tools at their disposal to reform their existing IIAs, including based on UNCTAD’s IIA Reform Accelerator (2020), the IIA Reform Package (2018) and the Investment Policy Framework for Sustainable Development (2015).

The current IIA regime can constrain States when implementing measures to combat climate change. States may need to fast-track IIA reform to make it more aligned with climate action as well as other public policy imperatives. Two broad approaches can be considered:

Many past investor–State dispute settlement (ISDS) cases were related to measures or sectors of direct relevance to climate action. A complementary publication looks at such ISDS cases (IIA Issues Note, No. 4, September 2022).