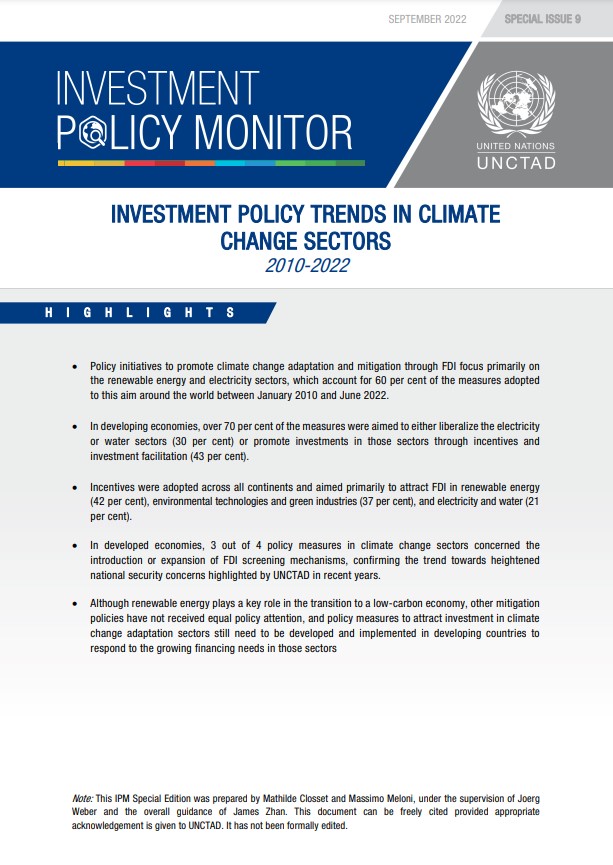 UNCTAD has released a special edition of its Investment Policy Monitor, which analyzes investment policy trends related to climate change sectors across the world between January 2010 and June 2022.

The monitor analyses the 103 measures that have been adopted across the world during that period, and highlights differing concerns among developing and developed countries. Key findings include: