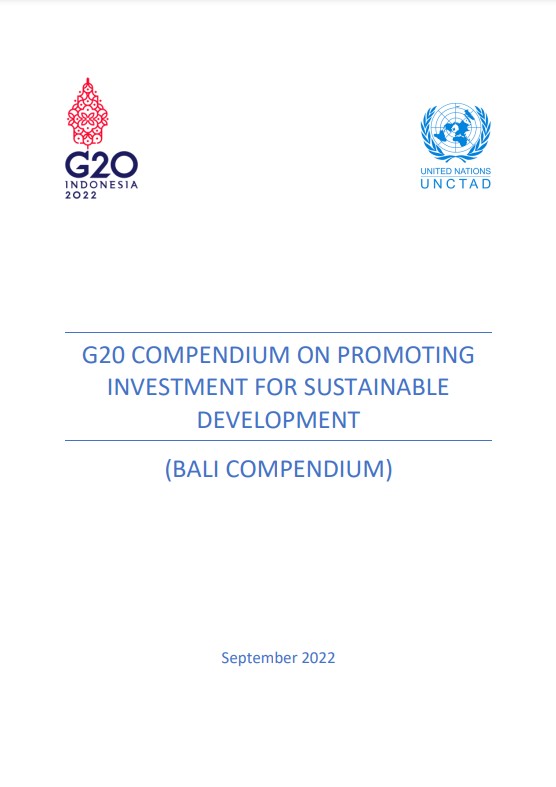 G20 ministers gathered at the Trade, Investment and Industry Ministerial Meeting in Bali on 22 and 23 September 2022 welcomed the “ G20 Compendium on Promoting Investment for Sustainable Development .” UNCTAD prepared the compendium under the guidance of the Indonesian presidency of the G20, with inputs from all G20 members and some associated countries.

It includes strategies, policies, investment promotion activities and international collaboration initiatives of the G20 and some associated countries aimed at promoting investment in sectors linked to the UN Sustainable Development Goals (SDGs). It highlights that: