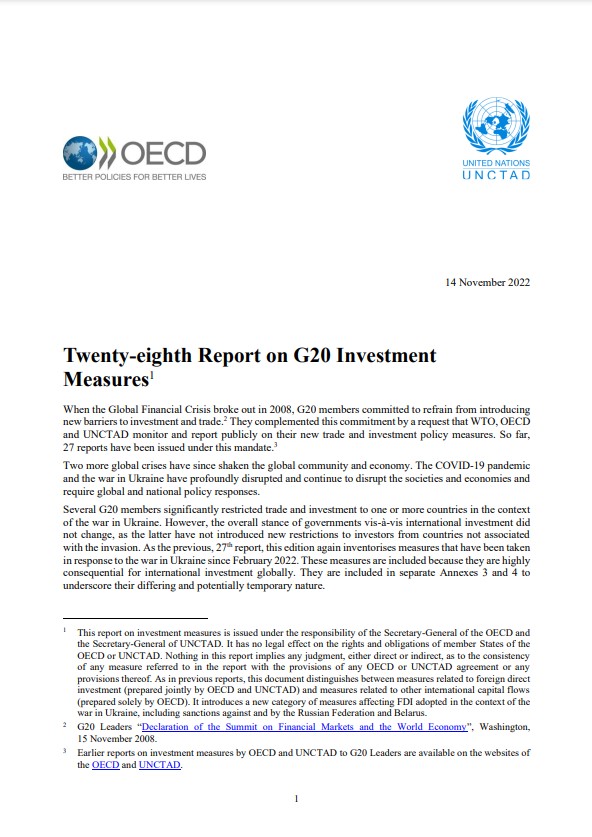 When the Global Financial Crisis broke out, in 2008 and early 2009, G20 members committed to refrain from introducing new barriers to investment or trade. They complemented this commitment by a request that WTO, OECD and UNCTAD monitor and report publicly on their new trade and investment policy measures.

This 28th monitoring report on investment measures by G20 members, jointly prepared by the UNCTAD and OECD Secretariats, documents measures that G20 Governments have taken in relation to their pledge. It covers investment and investment-related measures adopted between 16 May and 1 November 2022.

Despite their potential impact on international investment, such policies do not constitute a deviation from the general stance of openness to international investment, which remains paramount to address future crises, to achieve a swift and just transition to carbon neutrality, and to overcome the continued and deepening poverty across and within societies. In this regard, continued vigilance and commitment by G20 members is needed.