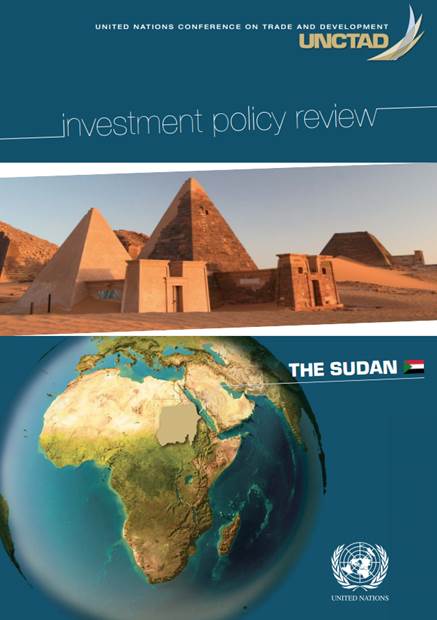 The Sudan has a significant but largely unexploited potential to attract foreign investors. Through its national development plans and legislative reforms, the Sudan has made efforts to diversify the economy and attract FDI into new industries. However, more is needed to build a transparent and predictable business environment.

The analysis of the Investment Policy Review (IPR) completed by UNCTAD shows that the Sudan has put in place a relatively open investment legislative framework and several laws are modern and in line with good practices. However, their implementation is often impeded by the absence of secondary legislation, insufficient institutional capacity and lack of coordination among different levels of the Government. The IPR proposes a number of concrete recommendations to address these shortcomings and to build a favourable business environment.

Concomitant improvements in FDI promotion are also required. Different actors intervene in the process with little coordination, and regulatory and promotion functions are mixed. Professional services provided by a dedicated investment promotion agency (IPA) would help the Sudan face the challenges of investment promotion and channel FDI towards activities that contribute to meeting its national development objectives.