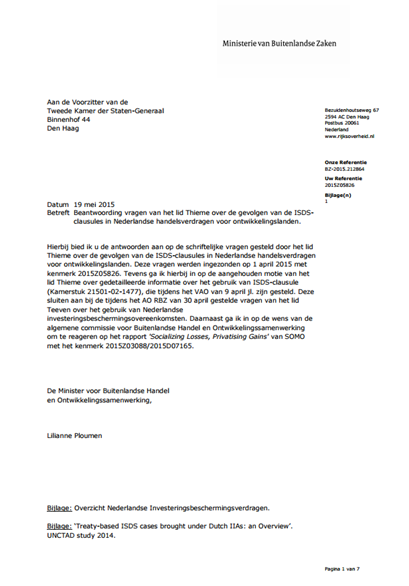 This study, undertaken at the request of the Dutch Ministry of Foreign Affairs, gives an overview of investor-State dispute settlement (ISDS) cases initiated by Dutch claimants under international investment agreements (IIAs) to which the Netherlands is a party (“Dutch cases”).

Part I of the study provides a statistical analysis of known Dutch cases, focusing on:

The study concludes, in particular that in around three quarters of Dutch cases, the ultimate owners of the claimants are not Dutch. In two-thirds of those cases, the relevant foreign-owned group of companies does not appear to engage in substantial business activities in the Netherlands.

Part II of the study provides a more detailed review of 21 selected Dutch cases, identifying – to the extent that information is available – the type of government conduct that has been challenged, the policy dimension that has come to play, the outcome of the dispute and the reactions of the disputing parties.