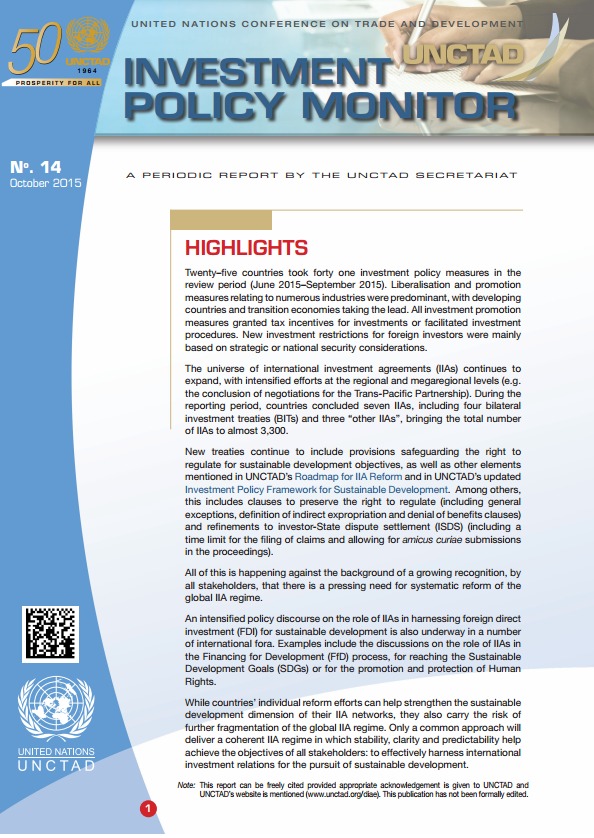 Report on the Implementation of the Investment Policy Review of Ecuador: assessment of the progress made