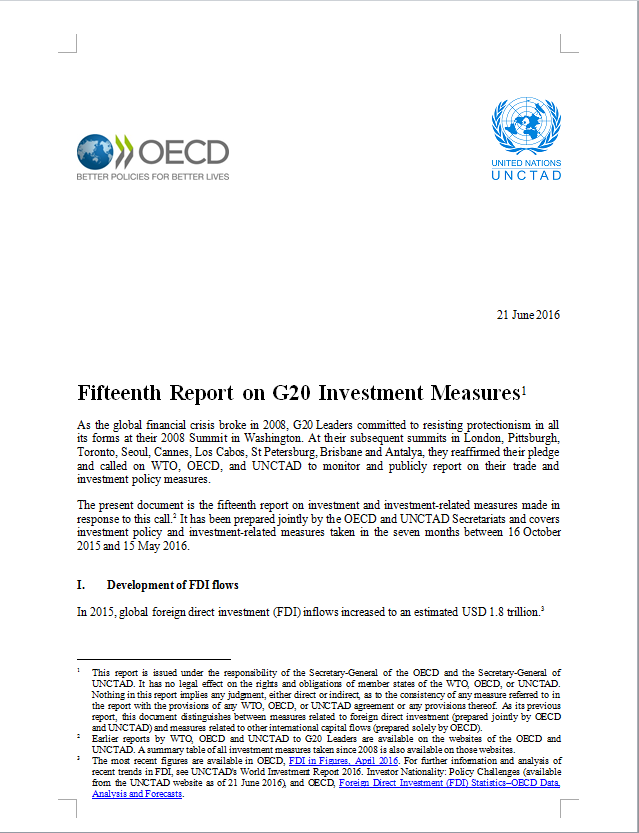 The joint UNCTAD-OECD Report indicates that, overall, G20 members have refrained from raising new barriers to investment as reiterated in their commitment at the Antalya summit in 2015. This confirms the long term trend: among the G20 investment policy measures taken since 2009 and recorded in the inventories of the series of Reports established by the OECD and UNCTAD, over 80% of measures specific to FDI – expressed in numbers – were liberalizing in nature.

The Report cautions that despite the predominantly liberalizing nature of newly adopted FDI measures it should not be considered that investment abroad has generally become easier or more attractive. Beyond the formal policy changes covered by this Report is a series of more informal or less traceable measures – such as the administration of existing policies, the exercise of discretion, and the signals governments send to investors – that influence whether investors feel confident to invest abroad. G20 members should bear in mind that they will only reap the benefits of foreign investment if they demonstrate openness and transparency in practice.