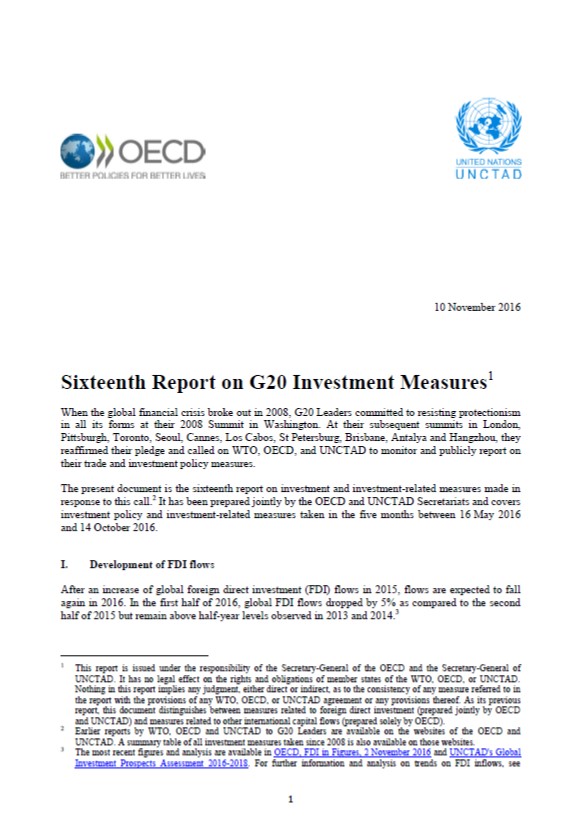 The joint UNCTAD-OECD Report indicates that, overall, G20 Members have refrained from raising new barriers to investment as reiterated in their commitment at the Hangzhou summit in September 2016.

According to the Report, during the reporting period (from mid-May to mid-October 2016) the following measures were adopted:

The Report cautions that despite the findings of the incremental inventories are encouraging, multiple restrictions to international investment remain in many sectors in G20 Members, explicitly in rules or less explicitly in the application of discretionary policies. Reviewing whether the stock of restrictions to foreign investment can be further reduced remains a priority task for G20 governments to put their pledge to build an open world economy, reject protectionism, and promote global investment into action. Especially the Guiding Principles for Global Investment Policymaking recently adopted by G20 Members call for an open, transparent and conducive global policy environment for investment as one of their objectives.