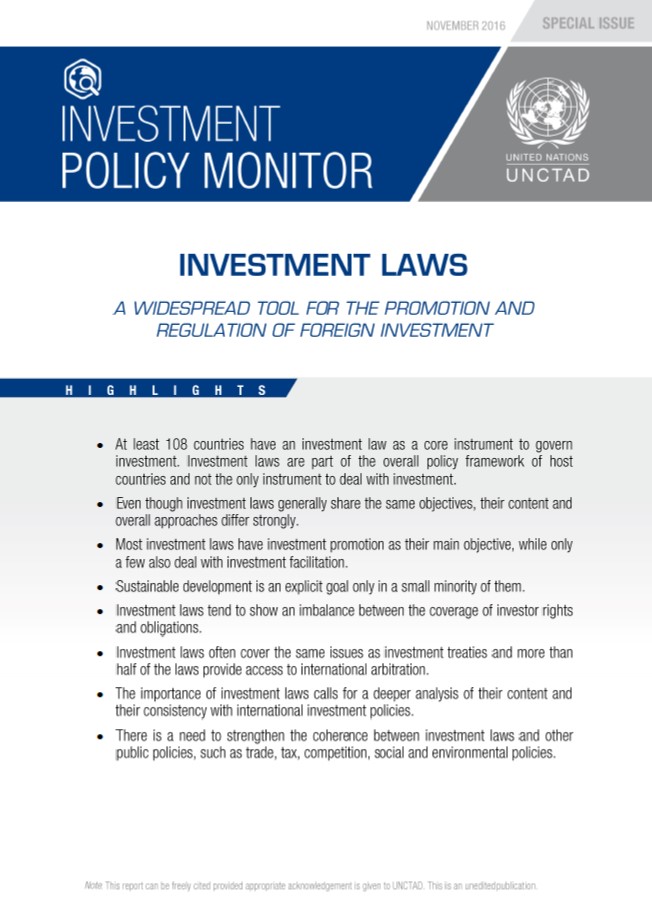 Investment Laws: A Widespread Tool for the Promotion and Regulation of Foreign Investment

For many countries investments laws are a core policy tool to promote and regulate investment. Together with international investment agreements (IIAs), they constitute the basic legal framework for cross-border investment in many countries. Often, these laws and IIAs contain similar provisions.

UNCTAD research finds that at least 108 countries have an investment law as a core instrument to govern investment, almost all of which are either a developing country or an economy in transition. Even though investment laws generally share the same objectives, their content and overall approaches differ significantly.

Key findings from this study include:

The importance of investment laws calls for a deeper analysis of their content and their coherence with other investment-related policies and international investment treaties.