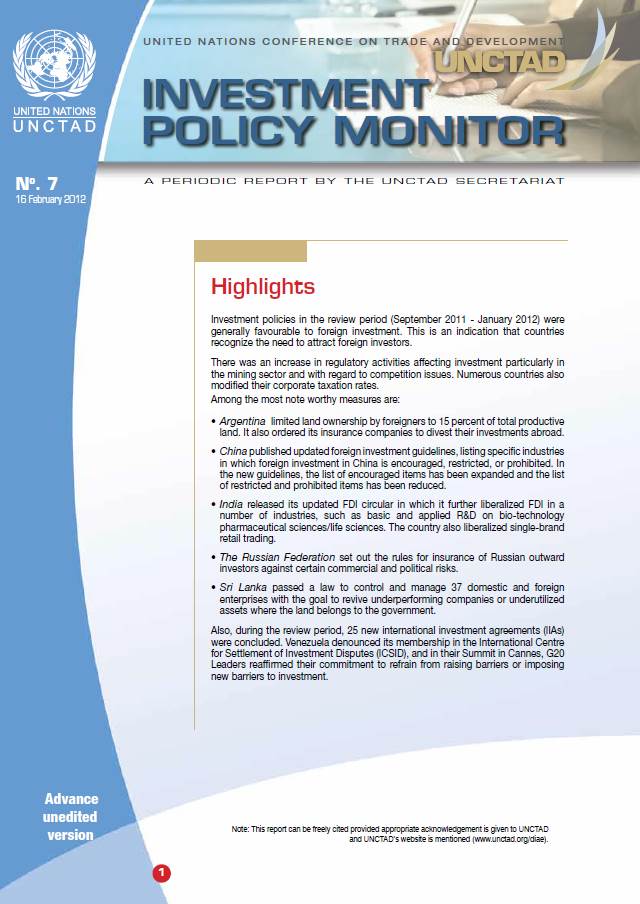 Investment policies in the review period (September 2011 - January 2012) were generally favourable to foreign investment. This is an indication that countries recognize the need to attract foreign investors.

There was an increase in regulatory activities affecting investment particularly in the mining sector and with regard to competition issues. Numerous countries also modified their corporate taxation rates.

Among the most note worthy measures are:

Also, during the review period, 25 new international investment agreements (IIAs) were concluded. Venezuela denounced its membership in the International Centre for Settlement of Investment Disputes (ICSID), and in their Summit in Cannes, G20 Leaders reaffirmed their commitment to refrain from raising barriers or imposing new barriers to investment.