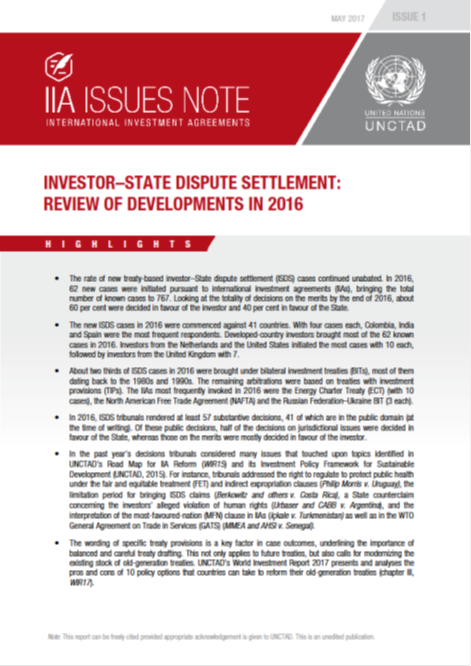 The IIA Issues Note reviews developments in treaty-based investor-State dispute settlement (ISDS) in 2016. It contains an overview of cases initiated in the past year, overall case outcomes and an in-depth analysis of arbitral decisions.

Developments in investor-State arbitrations in 2016: