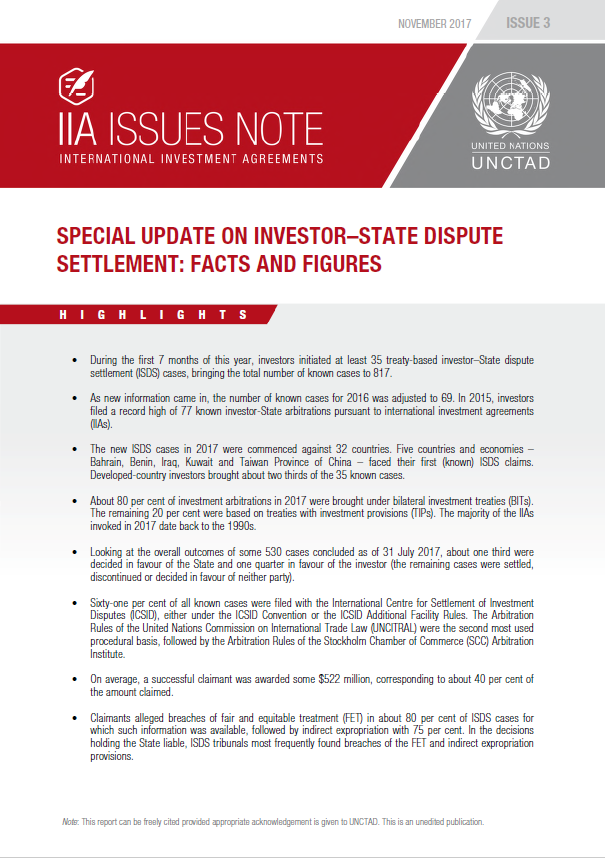 
During the first 7 months of this year, investors initiated at least 35 treaty-based ISDS cases, bringing the total number of known cases to 817.

As new information came in, the number of known cases for 2016 was adjusted to 69. In 2015, investors filed a record high of 77 known investor-State arbitrations pursuant to international investment agreements.

On average, a successful claimant was awarded some $522 million, corresponding to about 40 per cent of the amount claimed.