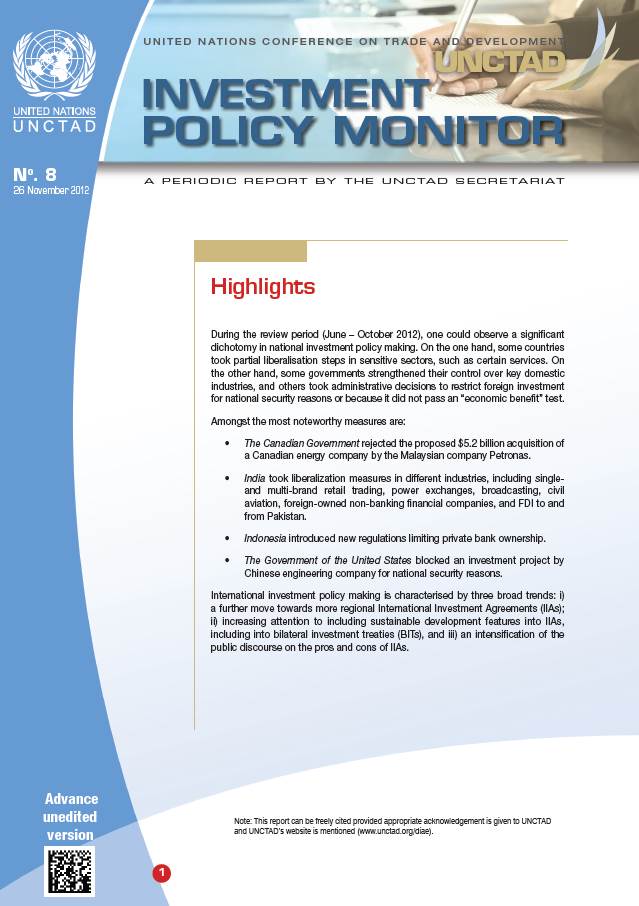 During the review period (June – October 2012), one could observe a significant dichotomy in national investment policy making. On the one hand, some countries took partial liberalisation steps in sensitive sectors, such as certain services. On the other hand, some governments strengthened their control over key domestic industries, and others took administrative decisions to restrict foreign investment for national security reasons or because it did not pass an “economic benefit” test.

Amongst the most noteworthy measures are:

International investment policy making is characterised by three broad trends: i) a further move towards more regional International Investment Agreements (IIAs); ii) increasing attention to including sustainable development features into IIAs, including into bilateral investment treaties (BITs), and iii) an intensification of the public discourse on the pros and cons of IIAs.