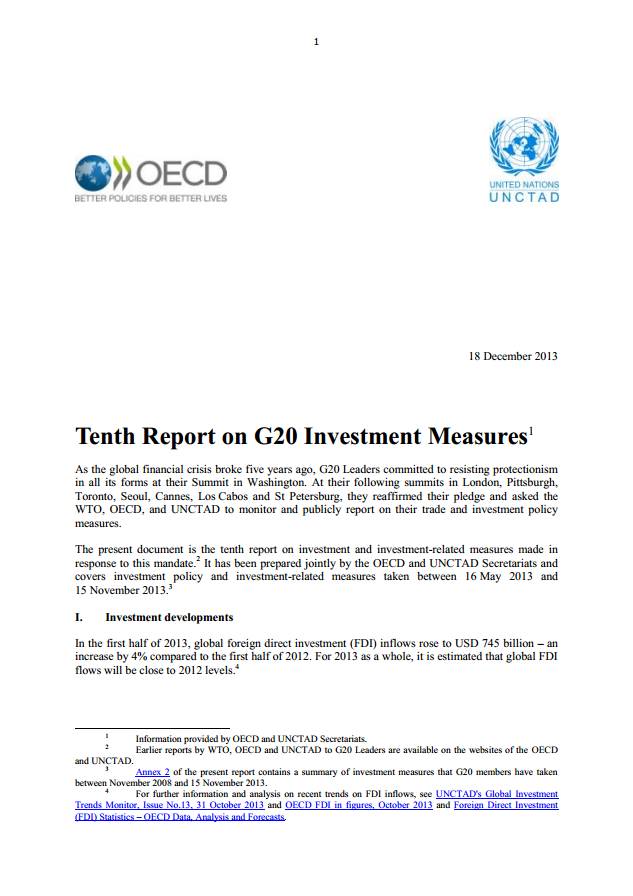 As the global financial crisis broke five years ago, G20 Leaders committed to resisting protectionism in all its forms at their Summit in Washington. At their following summits in London, Pittsburgh,Toronto, Seoul, Cannes, Los Cabos and St Petersburg, they reaffirmed their pledge and asked th WTO, OECD, and UNCTAD to monitor and publicly report on their trade and investment policy measures.