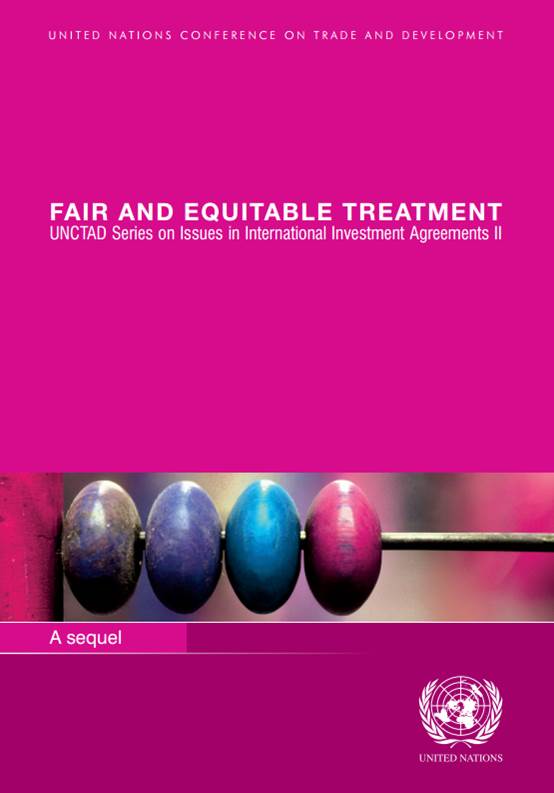 This volume is part of a series of revised editions – sequels – to the UNCTAD Series on Issues in International Investment Agreements. The first generation of this series, also called the Pink Series, was published between 1999 and 2005 as part of UNCTAD’s work programme on international investment agreements (IIAs). It aimed at assisting developing countries in participating as effectively as possible in international investment rule making at the bilateral, regional, plurilateral and multilateral levels. The series sought to provide balanced analyses of issues that may arise in discussions about IIAs and has since then become a standard reference tool for IIA negotiators, policymakers, the private sector, academia and other stakeholders.

Since the publication of the first generation of the Pink Series, the world of IIAs has changed tremendously. In terms of numbers, the IIAs’ universe has grown, and continues to do so – albeit to a lesser degree. Also, the impact of IIAs has evolved. Many investor-State dispute settlement (ISDS) cases have brought to light unanticipated – and partially undesired – side effects of IIAs. With its expansive – and sometimes contradictory – interpretations, the arbitral interpretation process has created a new learning environment for countries and, in particular, for IIA negotiators. Issues of transparency, predictability and policy space have come to the forefront of the debate – so has the objective of ensuring coherence between IIAs and other areas of public policy, including policies to address global challenges, such as the protection of the environment (climate change) or public health and safety. Finally, the underlying dynamics of IIA rulemaking have changed. A rise in South–South FDI flows and emerging economies’ growing role as outward investors – also with respect to the developed world – are beginning to alter the context and background against which IIAs are being negotiated.

The obligation to accord fair and equitable treatment (FET) to foreign investments appears in the great majority of international investment agreements (IIAs). Among the IIA protection elements, the FET standard has gained particular prominence, as it has been regularly invoked by claimants in investor-State dispute settlement (ISDS) proceedings, with a considerable rate of success.

The wide application of the FET obligation has revealed its protective value for foreign investors but has also exposed a number of uncertainties and risks. First, with regard to the capacious wording of most FET provisions, many tribunals have interpreted them broadly to include a variety of specific requirements including State’s obligation to act consistently, transparently, reasonably, without ambiguity, arbitrariness or discrimination, in an even-handed manner, to ensure due process in decision-making and respect investors’ legitimate expectations.

This extensive list of disciplines can be taxing on any State, but especially developing and least-developed ones. The second issue concerns the appropriate threshold of liability, that is, how grave or manifest a State’s conduct must be to become FET-inconsistent.

Thirdly, the application of FET provisions has brought to light the need to balance investment protection with competing policy objectives of the host State, and in particular, with its right to regulate in the public interest.