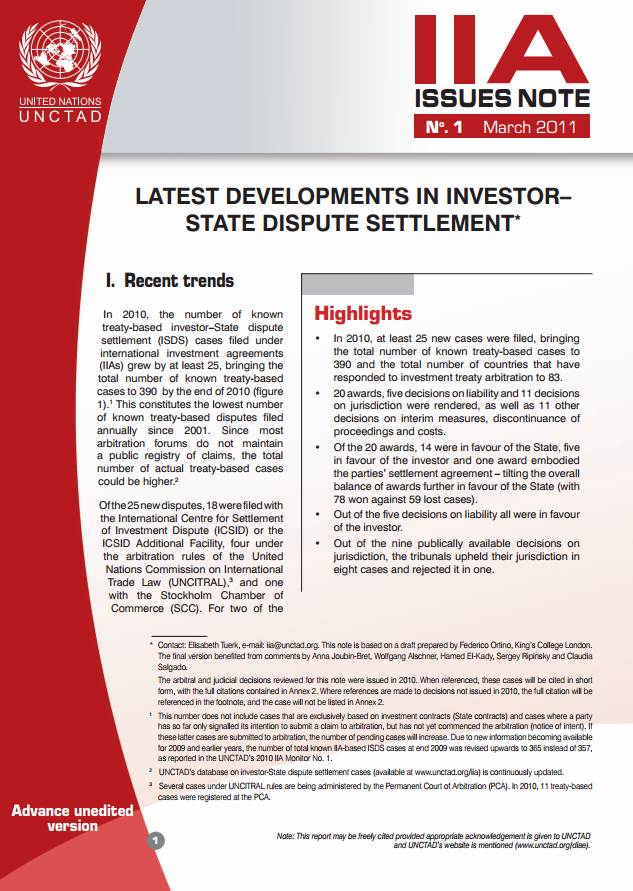 Of the 25 new disputes, 18 were filed with the International Centre for Settlement of Investment Dispute (ICSID) or the ICSID Additional Facility, four under the arbitration rules of the United Nations Commission on International Trade Law (UNCITRAL), and one with the Stockholm Chamber of Commerce (SCC). For two of the new cases, the applicable arbitration rules are unknown. This follows the past trend, with the majority of cases accruing under ICSID (in total now 245 cases) and UNCITRAL (109). Other venues are used only marginally, with 19 cases at the SCC, six with the International Chamber of Commerce and four ad hoc. One further case was filed with the Cairo Regional Centre for International Commercial Arbitration. In six of the total of 390 cases, the applicable arbitration rules remain unknown.