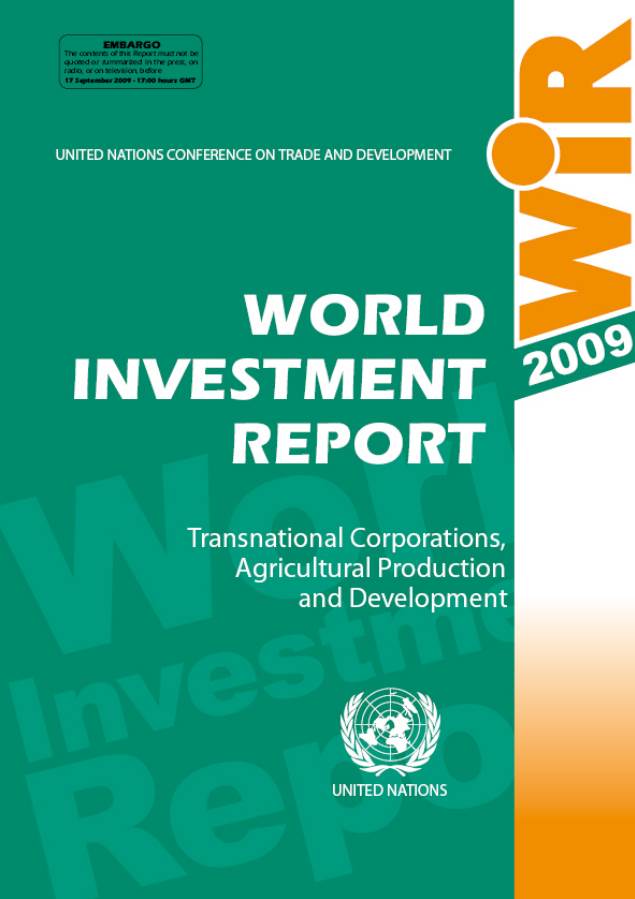 Global FDI flows have been severely affected worldwide by the economic and financial crisis. Inflows are expected to fall from $1.7 trillion to below $1.2 trillion in 2009, with a slow recovery in 2010 (to a level up to $1.4 trillion) and gaining momentum in 2011 (approaching $1.8 trillion).

The crisis has changed the FDI landscape: investments to developing and transition economies surged, increasing their share in global FDI flows to 43% in 2008. This was partly due to a concurrent large decline in FDI flows to developed countries (29%). In Africa, inflows rose to a record level, with the fastest increase in West Africa (a 63% rise over 2007); inflows to South, East and South-East Asia witnessed a 17% expansion to hit a new high; FDI to West Asia continued to rise for the sixth consecutive year; inflows to Latin America and the Caribbean rose by 13%; and the expansion of FDI inflows to South-East Europe and the CIS rose for the eighth year running. However, in 2009 FDI flows to all regions will suffer from a decline.

With regard to the mode of investment, greenfield investments were initially more resilient to the crisis in 2008, but were hit badly in 2009. On the other hand, cross-border M&As have been on a continuous decline, but are likely to lead the future recovery. Divestments were particularly significant during the crisis.

There was a marked downturn in FDI by private equity funds as access to easy financing dried up. Endowed with sizeable assets, sovereign wealth funds attained a record FDI high in 2008, though they too faced challenges caused by falling export earnings in their home countries. Overall policy trends during the crisis have so far been mostly favourable to FDI, both nationally and internationally. However, in some countries a more restrictive FDI approach has emerged. There is also growing evidence of "covert" protectionism.