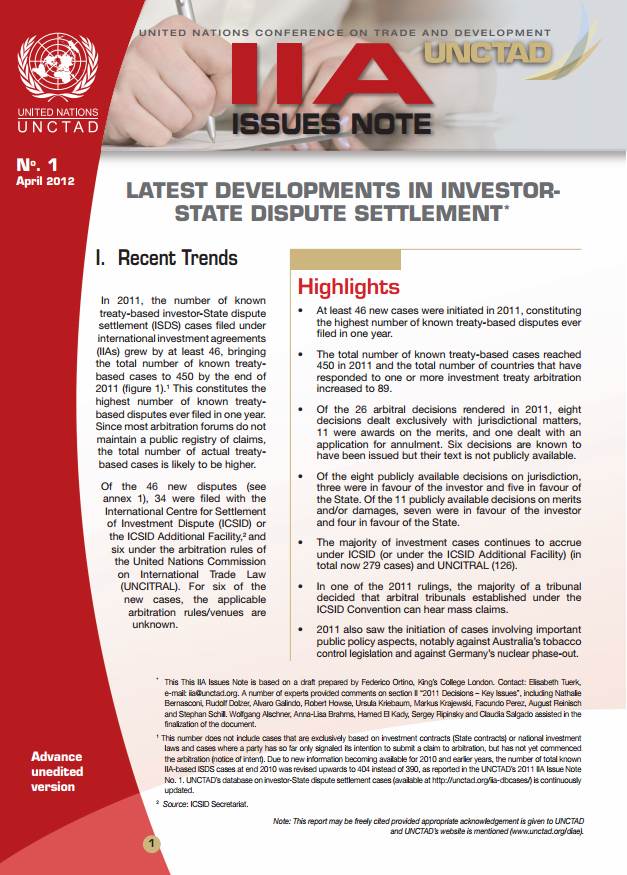 Over the past years at least 89 governments have responded to one or more investment treaty arbitration: 55 developing countries, 18 developed countries and 16 countries with economies in transition.

In 2011, tribunals rendered at least 26 decisions in investor-State disputes, 20 of which (at the time of writing) are in the public domain. Of the 20 public decisions, eight dealt exclusively with jurisdictional matters (three asserting the tribunal’s jurisdiction and five denying it), 11 were awards on the merits (seven of which were awarded in favour of the investor), and one dealt with annulment (dismissing both parties’ applications for annulment). At least, eight other decisions on discontinuance of proceedings and costs were also rendered in 2011. In addition, tribunals adopted awards embodying the parties’ settlement agreement. Two 2011 examples are Vattenfall AB, et al v. Germany and EVN AG v. Macedonia.