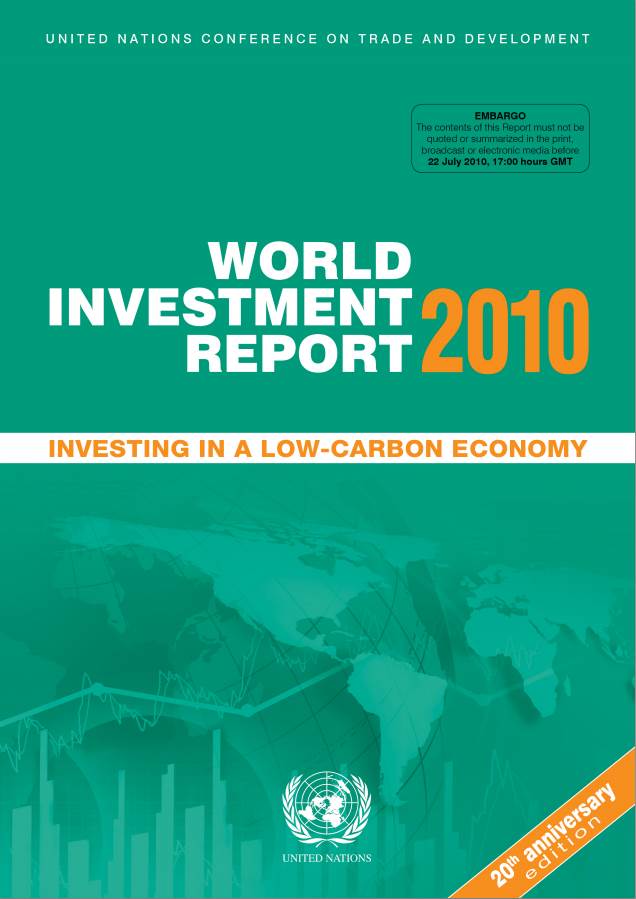 Global foreign direct investment (FDI) witnessed a modest, but uneven recovery in the first half of 2010. This sparks some cautious optimism for FDI prospects in the short run and for a full recovery further on. UNCTAD expects global inflows to reach more than $1.2 trillion in 2010, rise further to $1.3–1.5 trillion in 2011, and head towards $1.6–2 trillion in 2012. However, these FDI prospects are fraught with risks and uncertainties, including the fragility of the global economic recovery.

Developing and transition economies attracted half of global FDI inflows, and invested one quarter of global FDI outflows. They are leading the FDI recovery and will remain favourable destinations for FDI.

Most regions are expected to see a rebound in FDI flows in 2010. The evolving nature and role of FDI varies among regions. Africa is witnessing the rise of new sources of FDI. Industrial upgrading through FDI in Asia is spreading to more industries and more countries. Latin American transnational corporations (TNCs) are going global. Foreign banks play a stabilizing role in South-East Europe, but their large scale presence also raises potential concerns. High levels of unemployment in developed countries triggered concerns about the impact of outward investment on employment at home.

Overcoming barriers for attracting FDI remains a key challenge for small, vulnerable and weak economies. Overseas development assistance (ODA) can act as a catalyst for boosting the role of FDI in least developed countries (LDCs). For landlocked developing countries (LLDCs) to succeed in attracting FDI they need to shift their strategy to focus on distance to markets rather than distance to ports. Focusing on key niche sectors is crucial if small islands developing States (SIDS) are to succeed in attracting FDI.