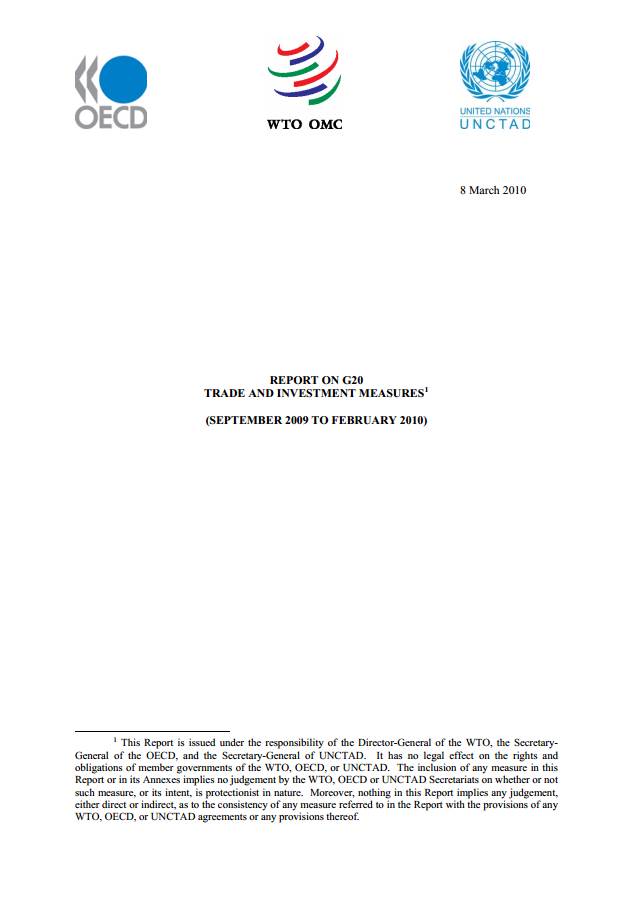 This second Report has been prepared in response to the request of the Group of Twenty (G20) to the WTO, together with other international bodies, within their respective mandates, to monitor and report publicly on G20 adherence to undertakings on resisting protectionism and promoting global trade and investment. G20 Leaders meeting in Pittsburgh on 25 September 2009 reaffirmed the commitment made at their previous meeting in London and stated in their Declaration (under the heading “An Open Global Economy”).

This report confirms the earlier finding, reported to the G20 Pittsburgh Summit, that most investment and investment-related measures point toward greater openness and clarity for investors. The current report also confirms the finding that G20 members’ emergency measures have not led to open discrimination against foreign investors. However, their potential to discriminate against foreign investors and to distort competition, including competition operating through international investment, remains a serious challenge.

Against this background, the following recommendations can be made: