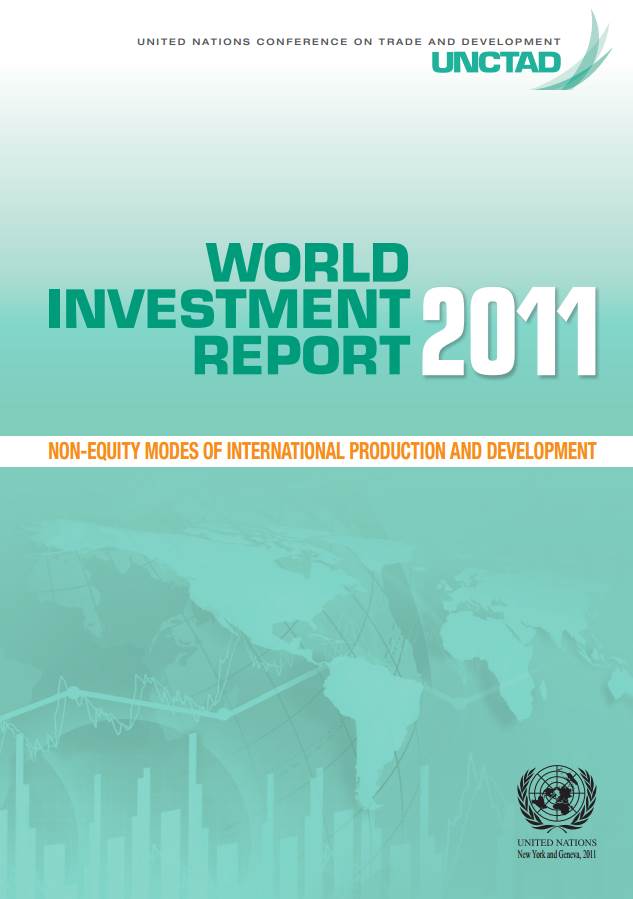 The IIA Regime and Climate Action

Global foreign direct investment (FDI) has not yet bounced back to pre-crisis levels, though some regions show better recovery than others. The reason is not financing constraints, but perceived risks and regulatory uncertainty in a fragile world economy.

The World Investment Report 2011 forecasts that, barring any economic shocks, FDI flows will recover to pre-crisis levels over the next two years. The challenge for the development community is to make this anticipated investment have greater impact on our efforts to achieve the Millennium Development Goals.

In 2010 – for the first time – developing economies absorbed close to half of global FDI inflows. They also generated record levels of FDI outflows, much of it directed to other countries in the South. This further demonstrates the growing importance of developing economies to the world economy, and of South-South cooperation and investment for sustainable development.

Increasingly, transnational corporations are engaging with developing and transition economies through a broadening array of production and investment models, such as contract manufacturing and farming, service outsourcing, franchising and licensing. These relatively new phenomena present opportunities for developing and transition economies to deepen their integration into the rapidly evolving global economy, to strengthen the potential of their home-grown productive capacity, and to improve their international competitiveness.

Unlocking the full potential of these new developments will depend on wise policymaking and institution building by governments and international organizations. Entrepreneurs and businesses in developing and transition economies need frameworks in which they can benefit fully from integrated international production and trade. I commend this report, with its wealth of research and analysis, to policymakers and businesses pursuing development success in a fast-changing world.