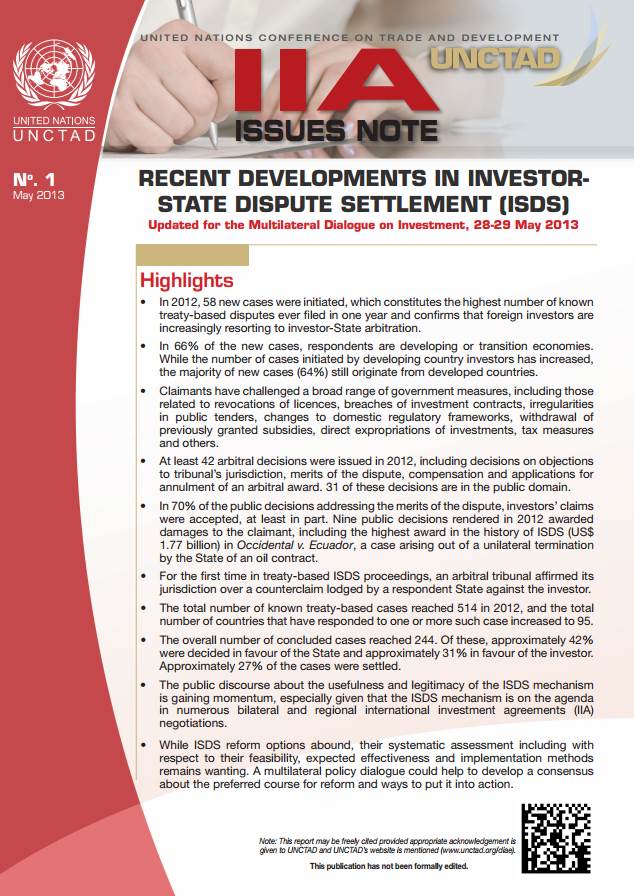 In 2012, 58 new cases were initiated, which constituted the highest number of known treaty-based disputes ever filed in one year and confirms that foreign investors are increasingly resorting to investor-State arbitration.

While ISDS reform options abound, their systematic assessment including with respect to their feasibility, expected effectiveness and implementation methods remains wanting. A multilateral policy dialogue could help to develop a consensus about the preferred course for reform and ways to put it into action.