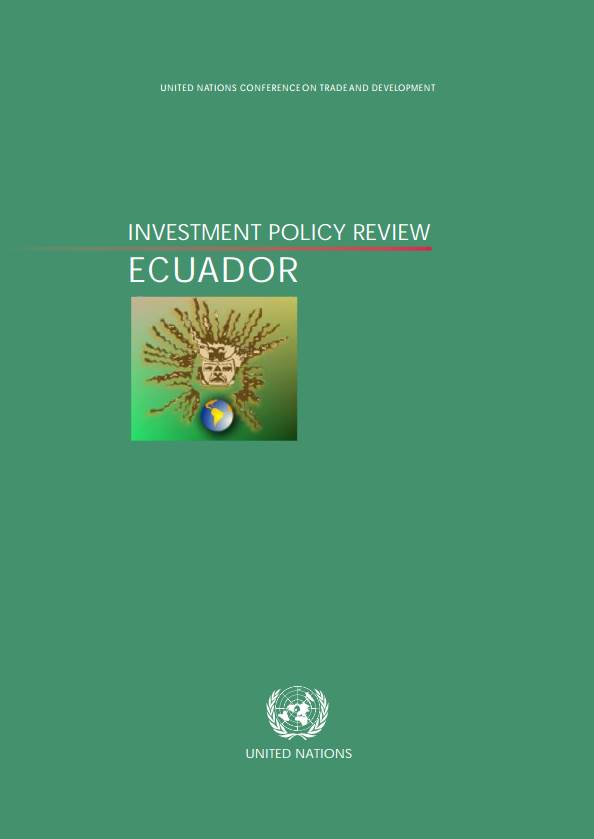 Economic and political instability, aggravated by external shocks, had resulted in Ecuador´s becoming the lowest-ranking FDI recipient in Latin America. Yet it had a number of attractions for investors that could, with appropriate policies, be turned into opportunities. In order to reverse this situation, the IPR examined institutional, organizational and strategic changes in the FDI regime that were hindering the country´s ability to overcome its crisis. It recommended:

Since the IPR was published, UNCTAD has, with the financial support of the Government of Switzerland, provided technical assistance to Ecuador´s Corporation of Exports & Investment Promotion (CORPEI) in a number of ways. It has: