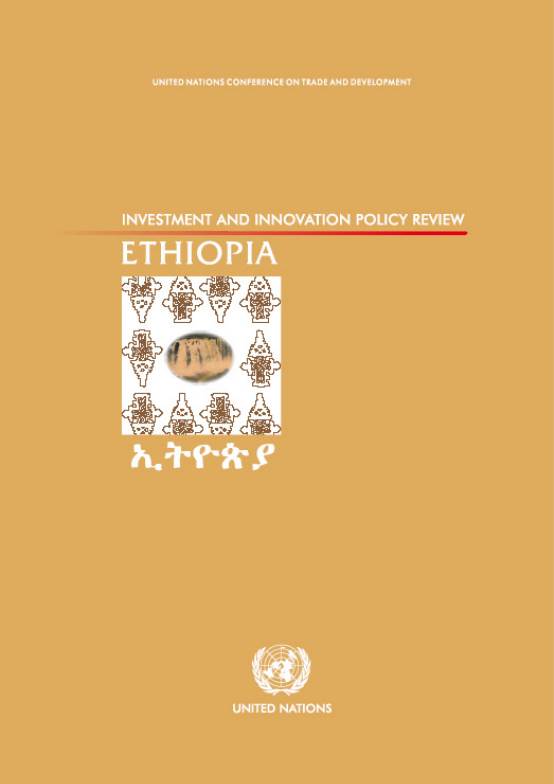 An IPR of Ethiopia was published in 2002. The nature of the review, although focused on investment policy and promotion, gave special consideration to technological development and research. This was highlighted in relation to developing the potential of the agriculture sector and improving productivity. The potential of the leather and leather products sector to attract higher FDI inflows was also emphasized. Recommendations for this sector concentrated on technological changes that could improve product quality and production systems, developing the value chain in the production of leather goods and policies to support the sector. The development of SMEs, identified as an engine for private sector development and a priority of the Government, was also addressed in the IPR.

In 2009, the Government of Ethiopia requested UNCTAD to assess progress made in implementing the recommendations set out in the IPR. Overall, the report showed that investors have expressed satisfaction with the measures taken by the Government of Ethiopia to improve the regulatory environment for foreign investment since the publication of the IPR. The report notably noted that an Industrial Strategy was launched in August 2003. The strategy included a number of measures to boost the development of three main sectors where it is believed that Ethiopia has comparative advantages: (a) textile and garments, (b) meat leather and leather products, and (c) agro-industry. In other areas analysed in the IPR, however, implementation progress is mixed, thus suggesting room for further growth in FDI inflows.

Since the IPR was published, UNCTAD has assisted the Government in a number of ways. It:

Other reports: Report on the Implementation of the Investment Policy Review of Ethiopia, Investment Guide to Ethiopia