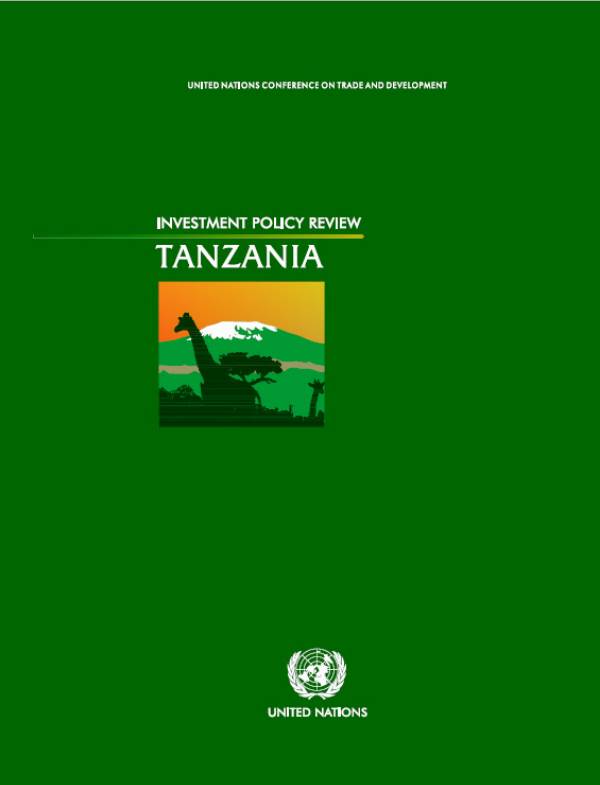 The IPR of the United Republic of Tanzania was published in 2002. The report recommended a strategic thrust for investment promotion, along with strategies for creating a more attractive environment for investors such as strengthening the investment framework and reducing the cost of doing business. It also addressed equally important areas such as continued privatization, stimulating human resource development, infrastructure development, and building a dynamic enterprise sector.

Moreover, the IPR recommended that, as a short-term strategy, the Government should continue to focus on immediate FDI potential in mining, utilities and tourism. The long-term challenge would be to make the United Republic of Tanzania an attractive location for FDI in East and Southern Africa.

In 2005, UNCTAD also prepared the Blue Book on Best Practice in Investment Promotion and Facilitation that identified an eight-point action plan designed to guide the United Republic of Tanzania in the process of improving its investment climate.

In 2010, UNCTAD conducted a review to assess the extent to which the IPR and Blue Book recommendations had been implemented. Since the IPR was published, FDI inflows have increased steadily, at an annual average of 28% since 2003. Overall progress in implementation of recommendations has, however, been mixed.

There has been good progress in modernizing the investment framework, and the implementation of measures to reduce the cost of doing business had its greatest success in improving the system for commercial dispute resolution. The privatization of state-owned enterprises not related to infrastructure or utilities was considered largely successful. In infrastructure and utilities, the outcome was less positive, and as such, the recommendation to speed up privatization of these entities was not pursued.

Since the IPR was published, UNCTAD has assisted the Government in the following ways. It: